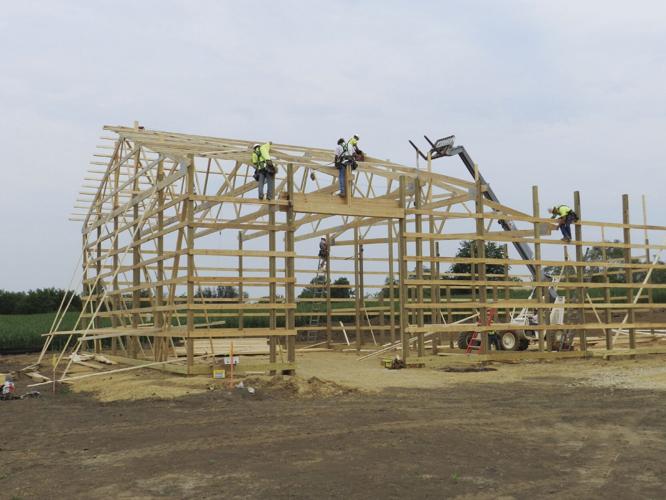 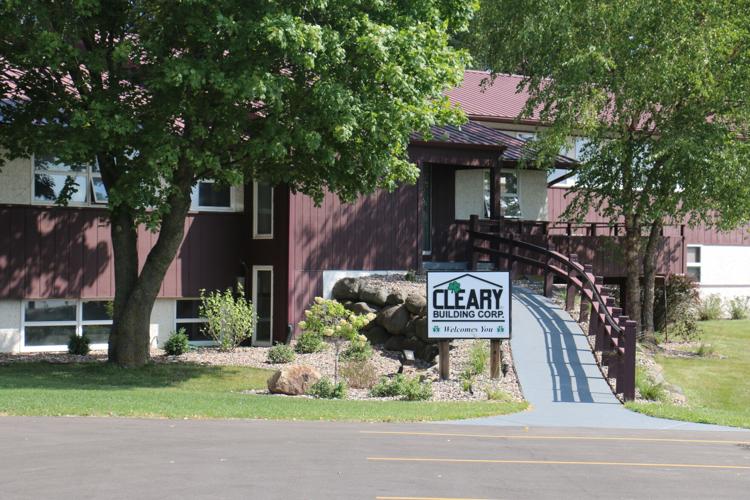 The world headquarters for Cleary are located at 109 Paoli St. in Verona. 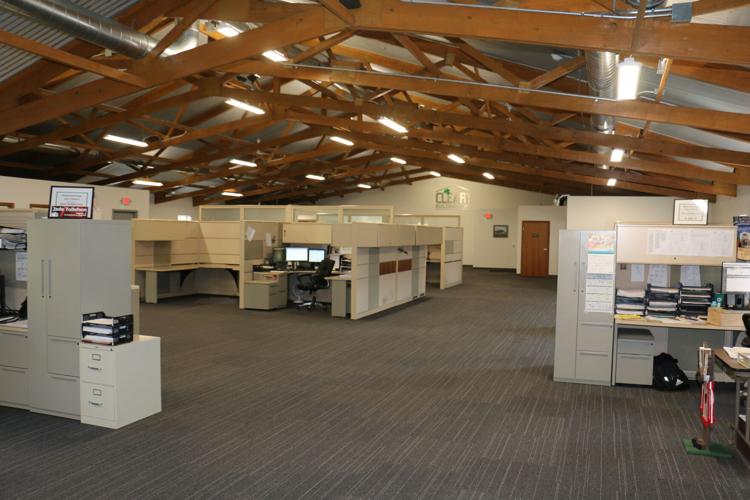 Offices inside the new expansion. 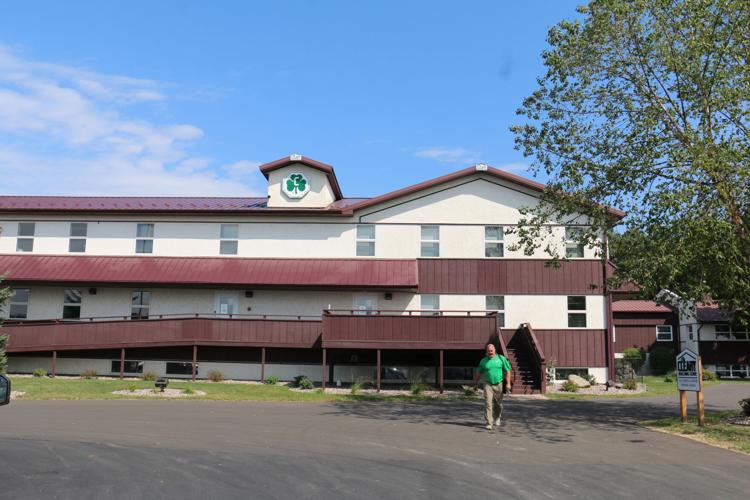 Part of the new expansion at the Verona headquarters building. 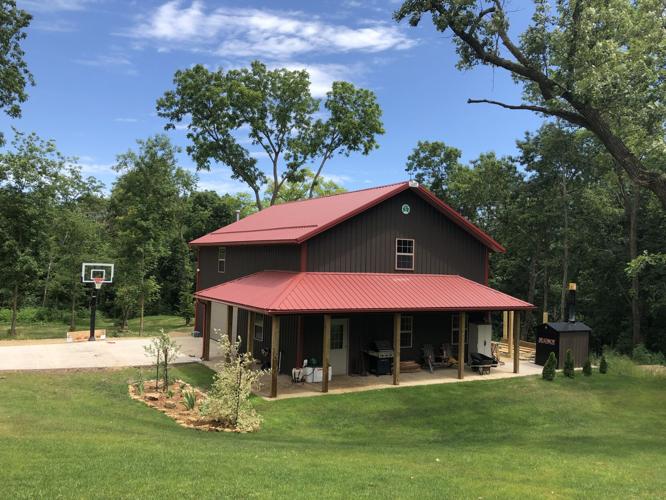 A home built by Cleary.

The world headquarters for Cleary are located at 109 Paoli St. in Verona.

Offices inside the new expansion.

Part of the new expansion at the Verona headquarters building.

A home built by Cleary.

An economic recession prevented a Verona-based company from expanding in 2008 – but it wasn’t about to let another in 2020 stop it this time.

Cleary Building Corporation, founded in 1978, recently completed an over 20,000-square foot addition to its headquarters at 190 Paoli St. The expansion was first planned in 2009, company president Sean Cleary told the Press, but the 2008 financial crisis put the project on hold.

The project was re-slated for 2020, prior to the COVID-19 pandemic and recession – and this time, Cleary forged ahead.

“I don’t know if now was a good time to do it,” he said. “But I did decide I want to budget for the future of the company as we have continued to grow. We built it because we plan to continue building our company.”

Every department of the company will have additional space in the new expansion, he said, with some room to spare.

“Every area of the company needed more space,” Cleary said. “And we still have some empty space we plan to fill as we grow the business, that’s why we proceeded with the project during the pandemic.”

Cleary Building Corp. has over 900 full-time employees throughout the United States spread across 81 branch offices. 322 of those employees work in Dane County.

Despite the pandemic causing a downturn in the economy, Cleary has seen business rise since April 2020 – particularly in hobby buildings for people stuck at home, Cleary said. The company didn’t do layoffs during the pandemic, and could stand to hire a few hundred more people, he added.

The company specializes in pre-engineered structures, where the components of a building are manufactured at factories in Verona, Nebraska and Idaho, and assembled at the building site. It now has 46 standard designs including houses, wineries, dog sheds and livestock barns.

Cleary has plans to open a fourth factory somewhere in the eastern part of the country, but no specific plans have been made.

Cleary is more than just a building company, Cleary said. It has an information and technology development team that created its in-house 3D design software used by the sales team and with over 30 engineers, its engineering department is larger than many engineering firms, Cleary said.

While the company started with a focus on agricultural buildings for machines and livestock, suburban buildings are now its No. 1 market, Cleary said. Agricultural structures still rank second, and equestrian-related buildings are its fourth biggest market, so the company hasn’t strayed far from its roots.

Over four decades, Cleary has also taken on a bit more unusual projects, including a church, fire station and a bridal boutique.

Sean himself has been at the company since 1985, which was founded by his father and the company is in its third generation as Sean’s son Brendan also works there.

While the products the company manufacturers have changed over four decades, some things have stayed the same.

“What’s been consistent is the quality of our product along with how we built this company – we are people oriented,” Cleary said. “It takes people communicating. When we started, part of our management philosophy was camaraderie and helping people feel like they are part of our company or team — and creating teams within teams.”

While the COVID-19 pandemic didn’t deter Cleary’s office expansion project, it did have an effect on its bottom line, Cleary said.

Supply chain issues are the main culprit, Cleary said. Lumber prices were up to 450% higher year over year, though the cost has since come down, he explained. There’s not much reprieve though – steel prices are 400% higher than normal and are higher than Cleary said he’s never seen.

The company has lost money on some projects because of those high costs, Cleary said, in part due to a large project backlog with contracts signed pre-pandemic.

“We have contracts signed with a specific price and we didn’t have the markup of lumber or steel,” he said. “It squeezed margins on jobs.”

Mills were shut down for a period of time in the early days of the pandemic, but since they opened back up there has been a shortage of truck drivers which is holding up deliveries, he said.

All lumber and steel used at Cleary is sourced domestically he said – U.S. pine and steel – with some additional lumber sourced from Canada.

The company did not get any pandemic-related federal aid through the Paycheck Protection Program because it has over 500 employees, so it did not qualify, Cleary said.

However, no employee ever had their hours cut and nobody was laid off, he said.

“We are proud to say we did not get any aid but we kept everyone employed throughout the pandemic,” he said. “The business didn’t get any subsidies and didn’t lay anyone off.”

What helped Cleary keep employment stable was growth since April 2020 in home-based hobby buildings such as man-caves and she-sheds, he said.

“People got sick of being in their house, so they made a place like a house, with a bar, television and nice cabinets and things like that,” Cleary said. “They weren’t going anywhere, no vacations, they were working at home and had enough property.”

Cleary also recently built its 12th “car condo” which are places for vehicle aficionados to display their rides.

But while demand for products is up, Cleary has felt the labor shortages that are affecting companies across the country. Cleary could hire 450 more people today, he said.

While Cleary said he believes the current hiring crunch is happening for myriad reasons – such as the high cost of child care, pandemic-related fears of going back into the workforce and unemployment subsidies that ended earlier this month – the lack of workers in the industry has been an issue since the previous recession in 2009.

And he added that when the 2009 recession happened, the construction industry lost a lot of people from its workforce and has been short ever since.

Cleary Building Corp. broke ground Thursday, July 16, on a 20,000 square foot addition the city approved in March, according to a release from…