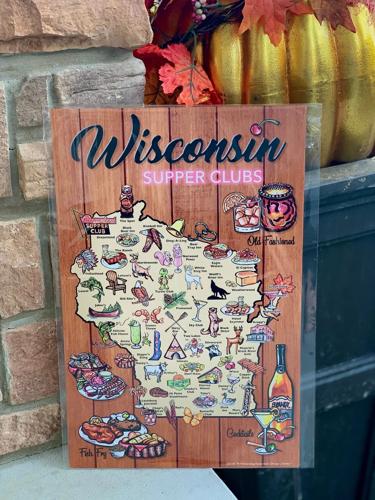 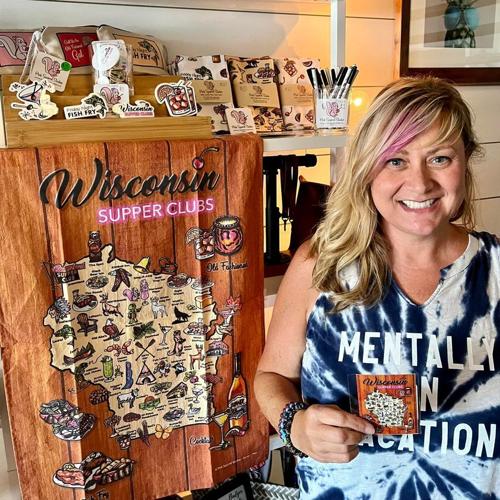 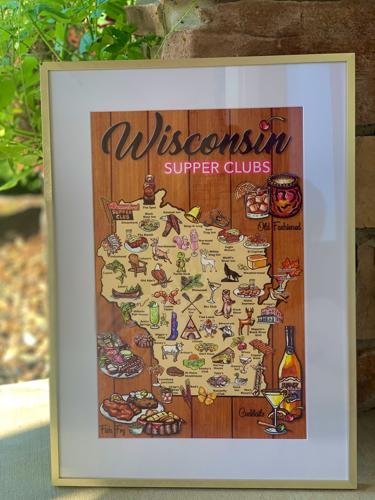 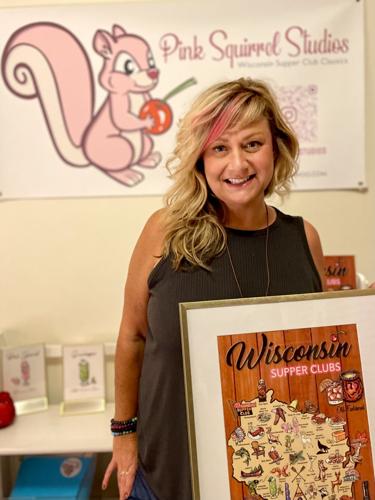 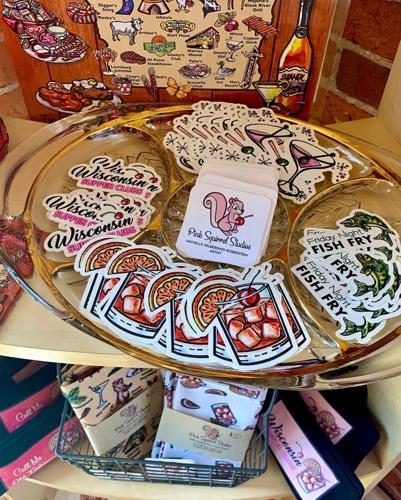 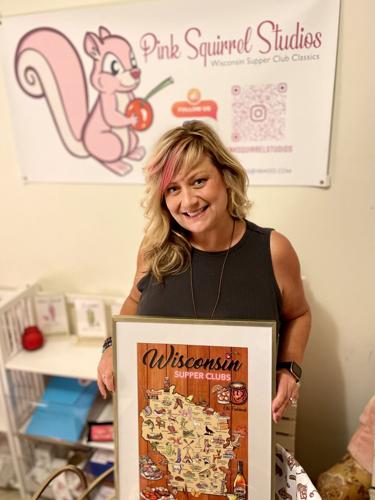 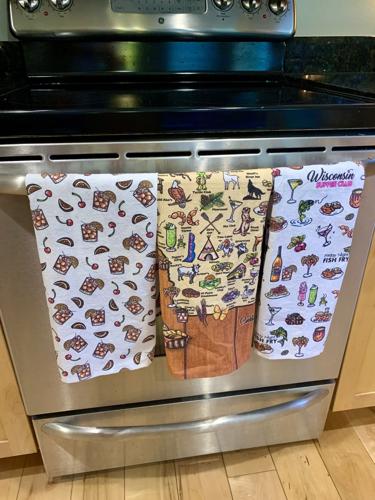 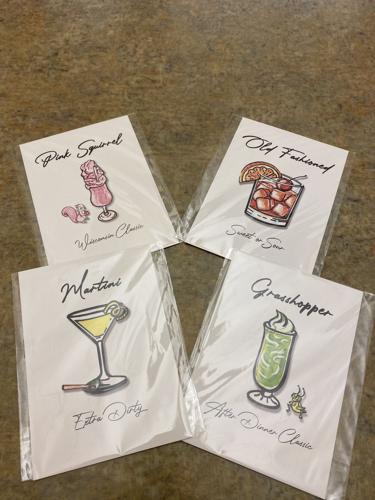 Survey a crowd of dyed-in-the-wool Wisconsinites about what’s distinctly Wisconsonian, and you’re likely to get some expected responses including a predilection for squeaky cheese curds, calling water fountains “bubblers,” Friday night fish fries, and frozen custard. Among the answers, it’s probable a cheesehead would say supper clubs are uniquely Wisconsin.

For graphic designer and artist Michelle Koberstein, supper clubs are a classic Wisconsin tradition. The Verona resident of 22 years recently designed a map of 53 supper clubs from around the state, inspired by kitschy maps of decades past that were dotted with the locations of roadside attractions such as the world's largest penny in Woodruff or the Hodag in Rhinelander.

Describing herself as a “Midwest girl to the core,” Koberstein grew up in southern Wisconsin in Cuba City. Even though she moved to Los Angeles, California after college, she was called back to the Midwest -- lured by her love for its four seasons and laidback lifestyle.

She got a degree in commercial art from Madison Area Technical College and went on to do graphic design work for advertising agencies around the city. Over the years, she’s also done a lot of freelance art commissions on the side.

The mom of two teenagers spent three months at the end of last year working on her map, for which each of the 53 locations has its own individual illustration emblematic of that specific supper club -- from staple dishes to signature cocktails.

Koberstein said she wasn’t on a time schedule, she worked on the graphics in between completing freelance jobs and raising two kids.

The illustrations, designed with Prismacolor markers and colored pencils on a paper specially made for blending markers, are meant to give off a kitschy retro or vintage 1960s to 1970s vibe, Koberstein said – offering a “flashback to a simpler time.”

Each of the individual drawings were completed on 8.5x11 inch sheets of paper, scanned separately into a computer, and then layered over top of a map of Wisconsin in the exact locations of the supper clubs. Including some extra graphics filling the margins of the map, there’s over 70 illustrations in total.

Koberstein attempted to capture everything classically supper club from “ugly” glass candle handle holders to relish trays with iconic crinkle cut carrots. She didn’t want to just adapt the various supper clubs’ logos and risk infringing on another artist’s copyright, so she had to familiarize herself with each club’s unique identity.

She finished her project in December 2021, and launched Pink Squirrel Studios as her business to sell the maps. She’s sold them both online through websites including Etsy and Zazzle, as well as in-person at art fairs and car shows, and at local retailers such as The Gingko Tree, Kismet Books, Toot and Kate's Wine Bar, and Kella.

Zazzle will print the map onto just about anything, from tee-shirts and mugs to dish towels and cornhole boards. A handful of the illustrations have been turned into stickers and notecards to be sold at local gift shops.

The business was named Pink Squirrel in reference to an after-dinner drink typically made with vanilla ice cream and a reddish colored liqueur that gives the drink its distinctive pink color. Adult beverages including old fashioneds, martinis, brandy Alexanders, and grasshoppers are just as much a part of supper club culture as pickled beets, cheese dip, and Braunschweiger sausage, Koberstein said.

After starting off with supper clubs she’d already been to, Koberstein went to her mom who provided a big list and plenty of stories. Once that list was exhausted, she engaged in what she called “supper club profiling” – reading the history of various clubs and then reading the customer reviews. Koberstein sought out locations with a cool story, a historical building, or clubs that had been owned by the same family for many years. But sometimes she was disappointed that a club with a history she liked had scathing patron reviews.

With over 250 supper clubs around Badgerland, and 53 on Koberstein’s map, she’s only begun to scratch the surface and wants to produce a second map.

She said she’s been regularly approached when selling the map at events like art fairs or car shows by people asking why she didn’t include this or that supper club – or by folks who have good stories to tell about their favorite clubs.

“People get really passionate,” Koberstein said. “I don’t think I could run out of supper clubs.”

One way she solicits suggestions for the next map is by having raffles to win free maps at public events, where the entry slips ask for people’s favorite supper clubs not on the first map.

Apart from her “profiling,” Koberstein wanted to maintain a strict definition of supper clubs. People would recommend breweries, or bars with food, but she said supper clubs are technically supposed to open in the afternoon – usually at 3 p.m. or later -- and only for dinner. She allowed a little wiggle room for places that also offered a Sunday brunch.

Ultimately, she just hopes her map serves as a conversation piece on people’s walls, and stirs-up nostalgia for people to reminisce about past supper clubs visited.

“Wanting to make something fun that brings people together I thought, ‘Hey! Wait! Who does not love an old-fashioned supper club?’ Koberstein said. “Who has not been to one if you are a Wisconsin native and who does not love to talk about all the cool old drinks and fun memories you had going to one as a kid?”

Different people find their peace and balance in different ways, for Gretchen Olson, she finds her zen on a pottery wheel.