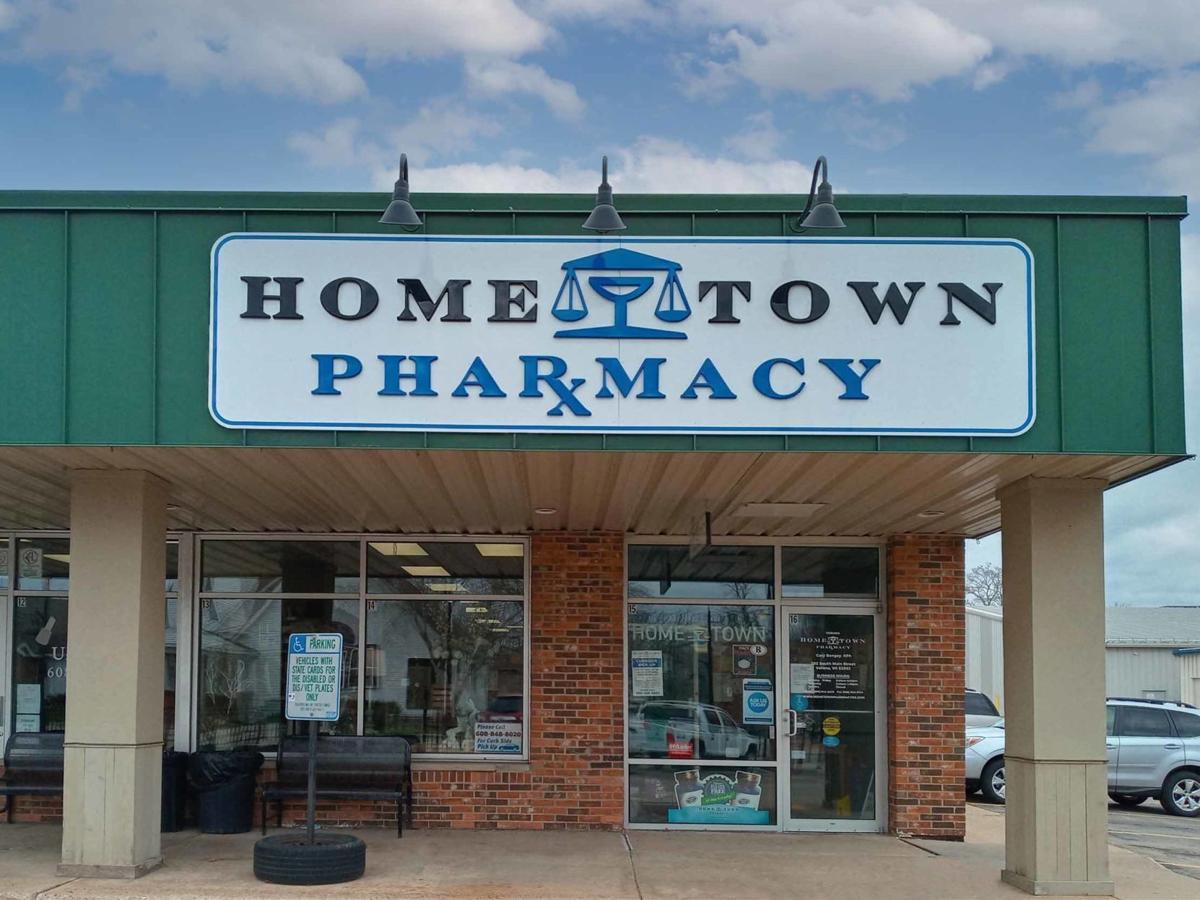 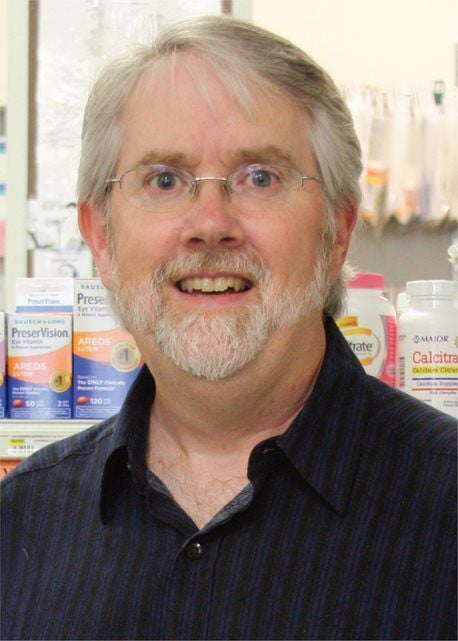 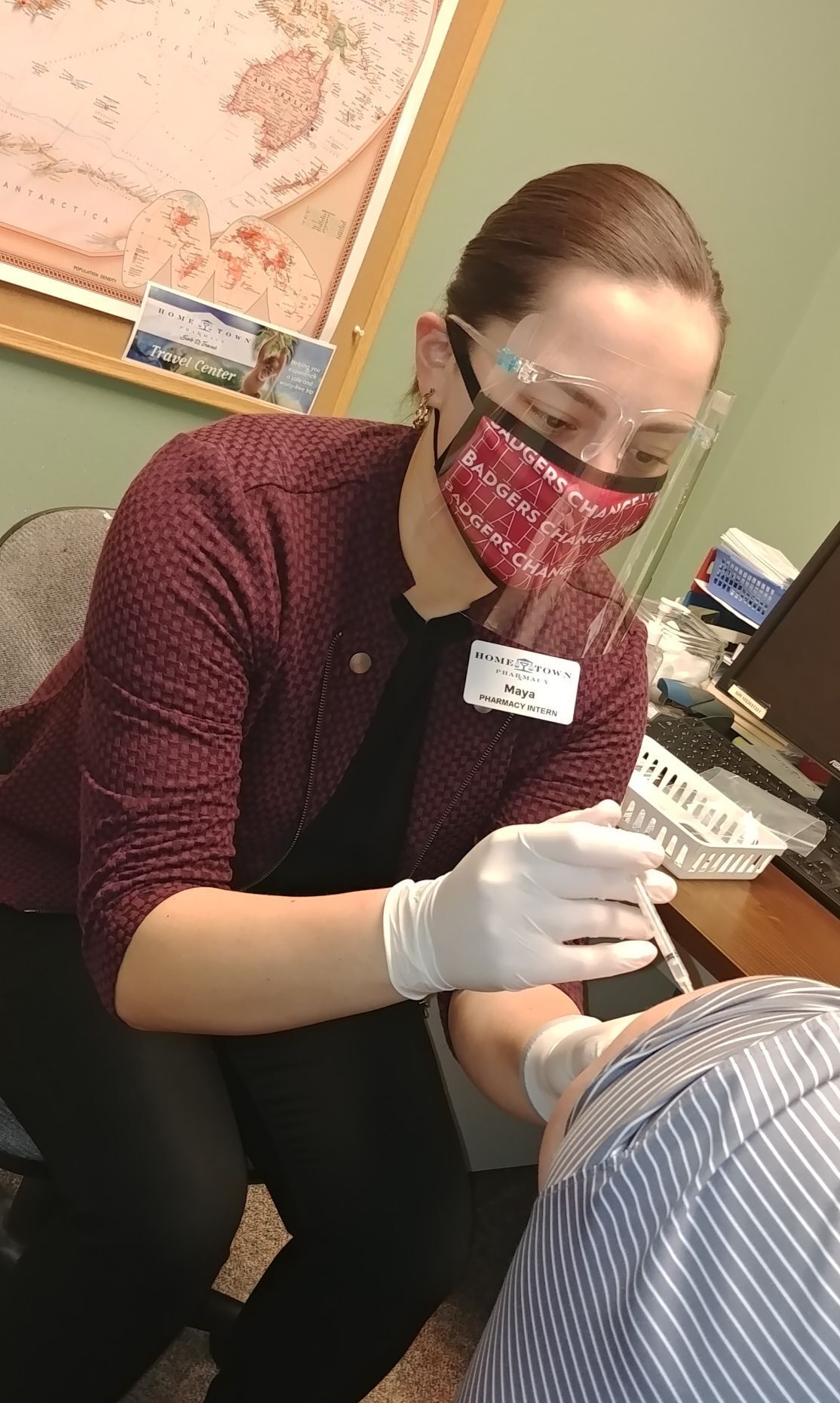 When COVID-19 vaccines first became available, people were driving up to five hours to get it, Hometown Pharmacy pharmacist Gary Bongey said.

But the availability of vaccines is no longer an issue, he told the Press on April 30.

At the end of last month, Bongey said the Verona location, 202 S. Main St., had a waiting list of around 300 people – but its pharmacists had to call around 40 to 50 people to find someone who had not been vaccinated yet. Many had found vaccinations elsewhere, he explained, regardless of how far they had to go.

But as the vaccine becomes more readily available, other people aren’t wanting to drive at all. The same day Bongey spoke to the Press, he said he’d also spoken to a Verona resident who didn’t want to drive to the Alliant Energy Center in Madison for the jab.

“The expectation now is to get it closer to home,” he said. “The people banging down the door driving five hours was the easy part. Even on-the-fencers are not too hard. People not yet vaccinated are the tougher nut to crack – there’s tough stuff yet to come with the anti-vaxxers.”

Pharmacies and clinics across the nation are seeing the same downward trend in vaccine demand. Health providers are now strategizing ways to reach patients who either don’t have the resources to access a shot, or are averse to being immunized altogether.

Despite decrease in patients wanting shots, Dane County continues to be a leader in vaccinating people. The state’s Department of Health Services data as of Wednesday, May 5 indicates that 46.5% of Dane County residents are fully vaccinated. That’s compared to the state’s full vaccination rate of 35.3%, according to the dataset.

The dataset states that white people make up 33.5% of the state percentage of vaccinated residents, while 14.9% are Black, 20.8% are American Indian and 26.1% are of Asian descent. Women make up 39.1% of those who are fully vaccinated, while men are around 31%.

The Verona pharmacy is carrying the Johnson & Johnson vaccine by Janssen, and the Pfizer vaccine. It has stopped carrying the Moderna vaccine because of the longer length between doses and the challenge in record keeping for both, Bongey said.

The Pfizer vaccine is only stable for six hours and each vial has six doses, which means Hometown’s pharmacists ideally want to schedule six people within six hours of each other, and schedule the same six people for 21 days later.

Bongey called the process a “complicated game of musical chairs.”

Johnson & Johnson vials have five doses and are also only viable for six hours once prepared, Bongey said.

While Johnson & Johnson vaccines can be refrigerated for six months, Pfizer vaccines have to be stored at colder temperatures and only last in the fridge for 120 hours. That means Pfizer doses that arrive on Tuesday must be used up by Saturday.

“That is remarkably short when you think about trying to get everyone lined up,” he said.

Bongey said Verona Hometown Pharmacy had only administered around 150 vaccines as of the end of April, which he called a “low volume” in comparison to other area pharmacies, some of which he said are doing 100 immunizations a day.

“We were a little slow getting into the process, we were not cutting edge – I assume you get better,” he said. “Some must have it pretty well down pat, they’re scheduling more than can be supplied.”

A spokesperson told the Press in an email April 21 that its trained immunizers have administered more than 11 million COVID-19 vaccines in stores nationwide and through dedicated clinics since the first vaccines were approved in December.

For smaller community pharmacies such as Hometown, which are not vaccinating at the high rates that others are, the state Department of Health started recommending that pharmacies maximize opportunities to vaccinate rather than wasting doses at the end of April.

Previously, the goal had been not to waste a single dose, and pharmacists bent over backward to not waste any, Bongey said. The newer recommendations are a mindset shift for providers, he added.

Bongey said he’s certain that the Johnson & Johnson blood clot issue has led some people to not get vaccinated. He said other adverse effects such as the Moderna rash aren’t stopping people from getting their jab, but the blood clots are more serious.

But he said with Johnson & Johnson being a single-dose vaccine, it’s especially important for reaching herd immunity. For that reason, Bongey said he plans to encourage it over the Pfizer vaccine at Hometown.

“It’s a super important part of the process, and putting it on the sidelines couldn’t have helped for sure,” he said.

Though Bongey said that now that providers and recipients are better informed of the symptoms of the blood clots, such as headaches, he suspects there will be almost no deaths from blood clots going forward – and said there’s a greater chance of being bitten by a shark.

Getting people in the door

While Bongey said you cannot force people to get vaccinated, you can incentivize them. While Hometown is not offering such incentives yet, he has heard of pharmacies offering $100 savings bonds to get immunized.

For now, Bongey said he expects to see more pop-up clinics to encourage people and a big push through newspaper ads, public service announcements on television, and billboards along highways.

“It’s super important people realize there is work to be done here yet,” he said. “Super important work. Time is wasting. I know people are tired of this. Pharmacists are too.”

He said Hometown hasn’t done much promoting on social media and hasn’t put out extra signage yet because of the pharmacy’s visibility on Main Street.

But Bongey said he is considering starting to put a table out on the sidewalk during Saturday brat sales in the Miller and Sons Supermarket parking lot, which adjoins the pharmacy.

“We’ll get some vials mixed up and tell people they can get their vaccine right here right now, and see if we can get some work done that way,” he said.

Getting ahead of variants

Bongey said the clock is ticking now, as he’s expecting the warmer weather to lead to more mass gatherings that could be super-spreader events.

And COVID-19 variants are also of concern, which Bongey said can start anywhere.

“The Spanish Flu didn’t start in Spain, it started here,” he said. “You don’t need India to make the next variant – it could be created in Michigan, it could have been created at Mifflin Street (block party).”

Variants – which are a wild card, Bongey said – get created in unvaccinated environments, and every time a virus infects a person there is a chance it morphs into something it wasn’t before.

“Imagine if you’re fighting a war and never know the enemy in front of you – they keep changing uniforms and getting different weapons – variants are completely unknown and a potential game changer,” he said.

But he said the defense doesn’t have to be difficult. Variants are made in environments with unvaccinated people where there are many people to infect, so the solution is getting people vaccinated, he said.

“We have to jam this back in the box and screw on the cap,” he said. “Does anyone want to go into 2022 with the same conditions we have now?”

Neal Patten can be contacted at neal.patten@wcinet.com.

Vaccine providers in Dane County, across the state

Prepare to join wait lists at local pharmacies or schedule your appointment a few weeks in advance.

• Walgreens, various locations in and out of Dane County: Register online

• Walmart, various locations in and out of Dane County: Register online

Some healthcare providers will vaccinate you, even if you are not a current patient.

Hometown Pharmacy has put in a request every week for COVID-19 vaccine doses, but none have come yet, a pharmacist told the Press.

The vaccine ordering and delivery process

• The federal government informs the state Department of Health Services how many vaccines Wisconsin will be allocated on a week-by-week basis.

• Enrolled vaccinators indicate how many initial doses they can safely store and administer the following week.

• DHS generates the recommended number of vaccine doses for each vaccinating entity using an allocation algorithm, which factors in prioritization recommendations from federal and state advisory groups; the state’s federal vaccine allocation for the upcoming week