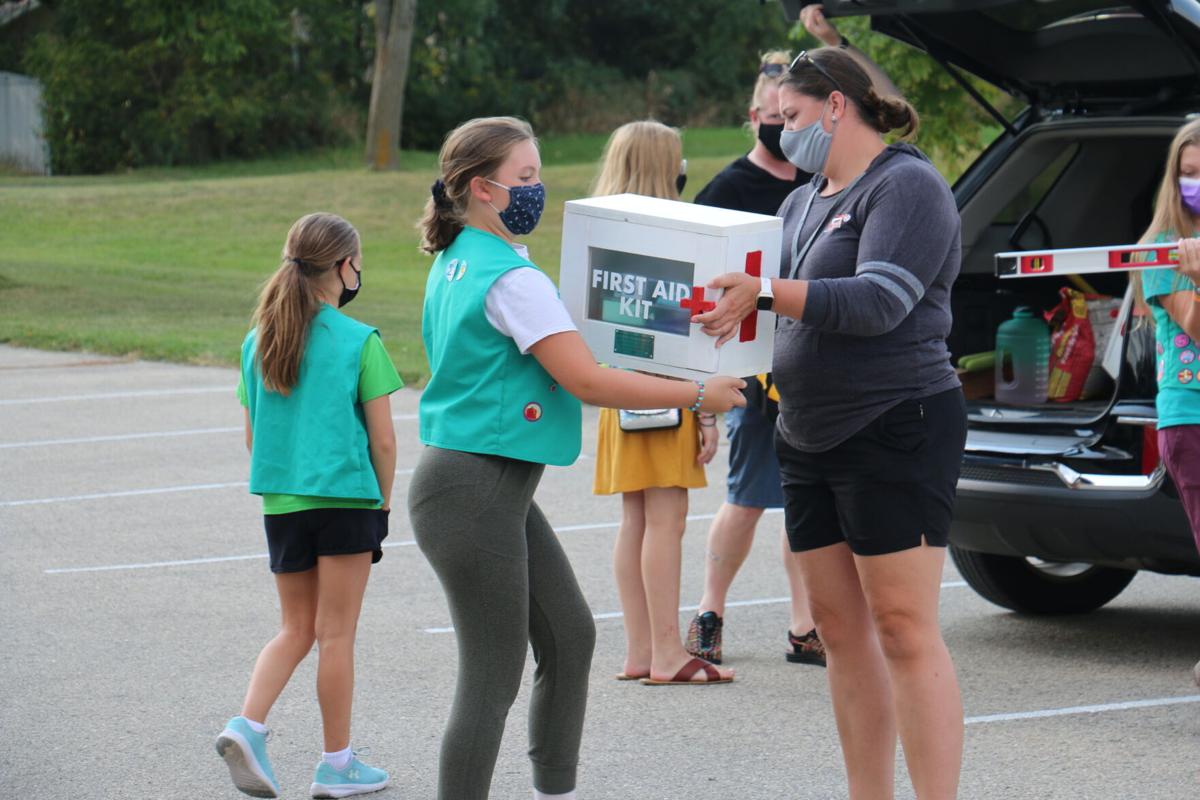 A first aid box ready to be installed at Veteran’s Park. 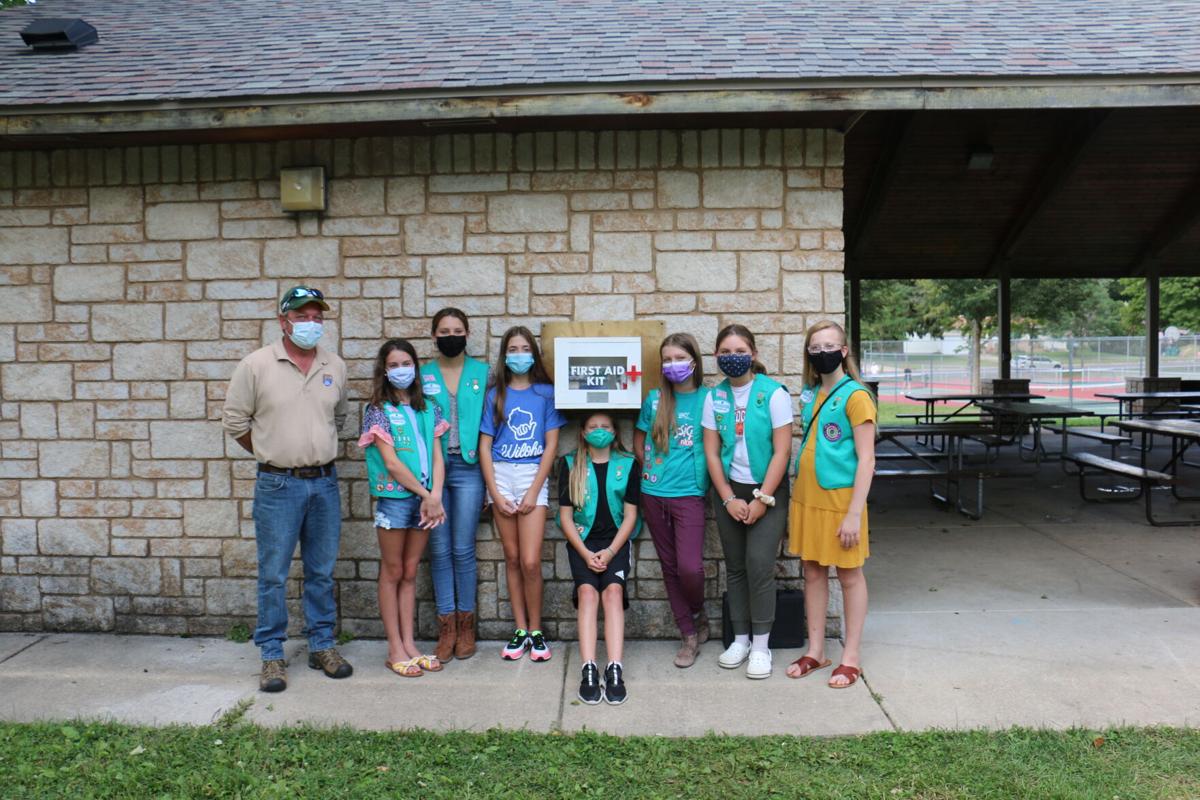 Dave Walker of the Verona Parks Department with the girls of Troop 7398 at Harriett Park. 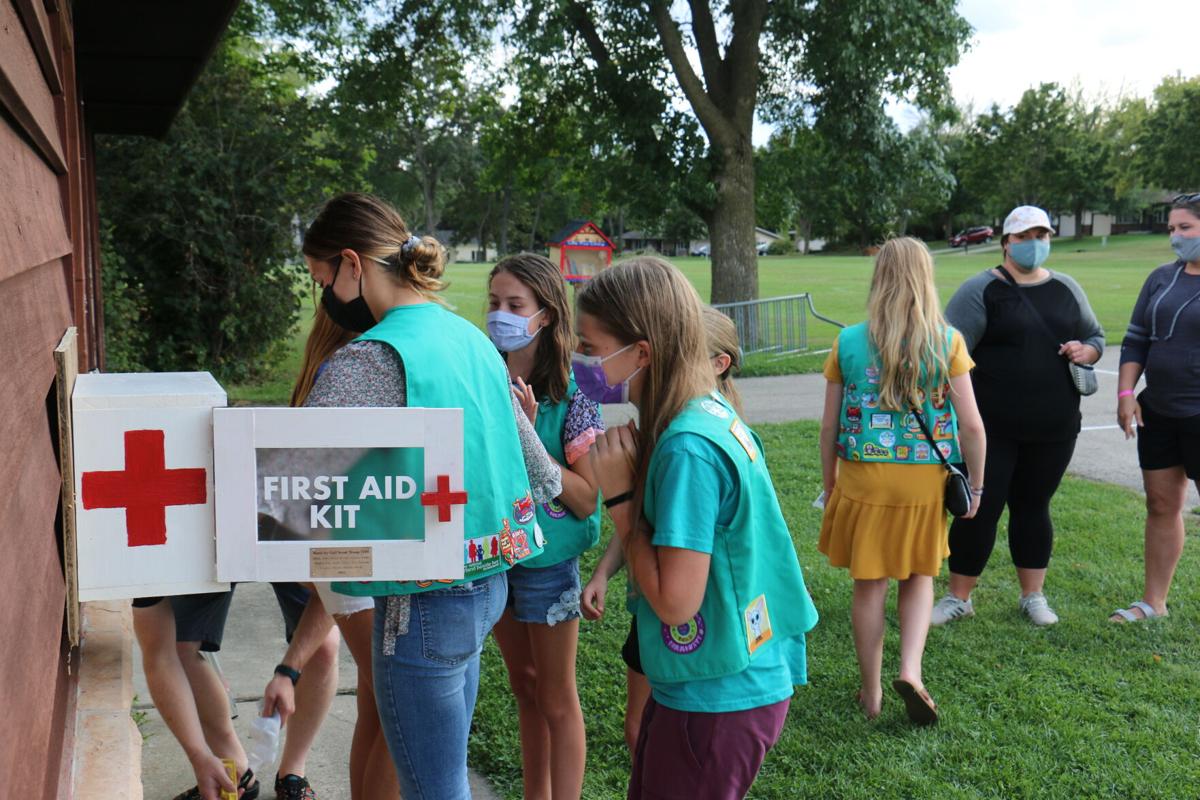 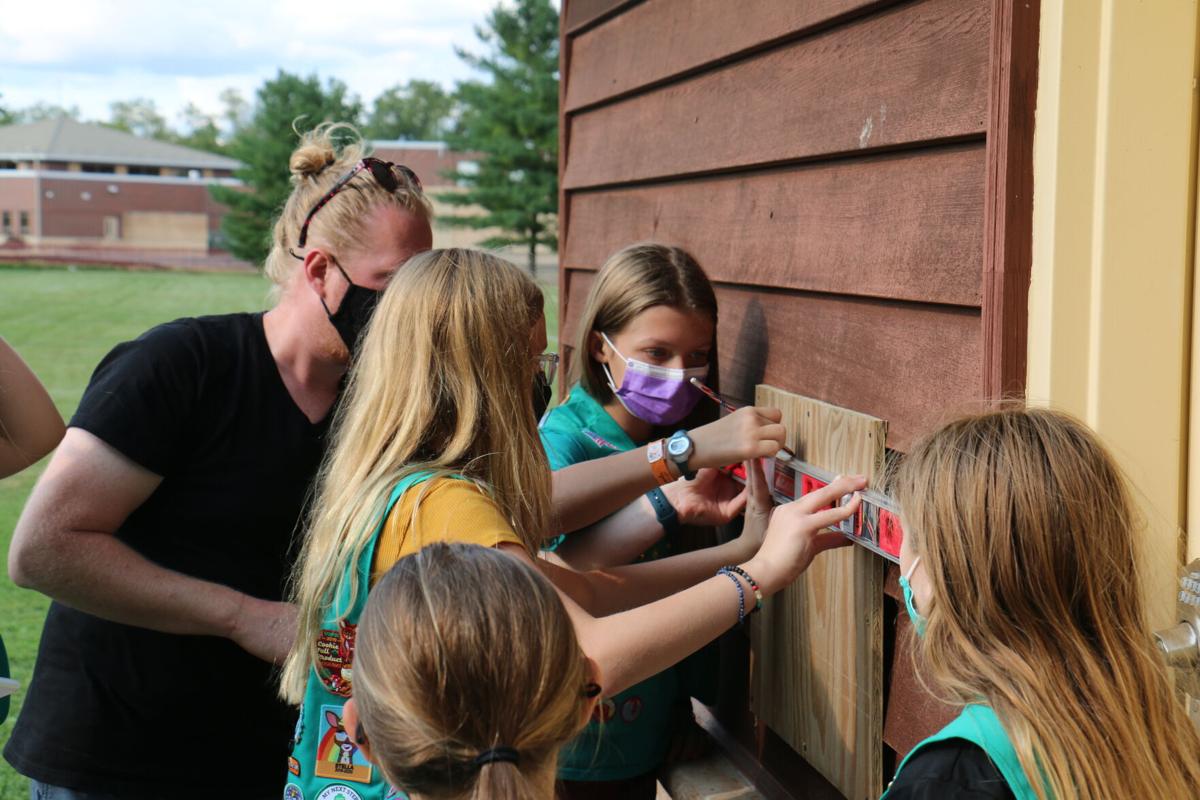 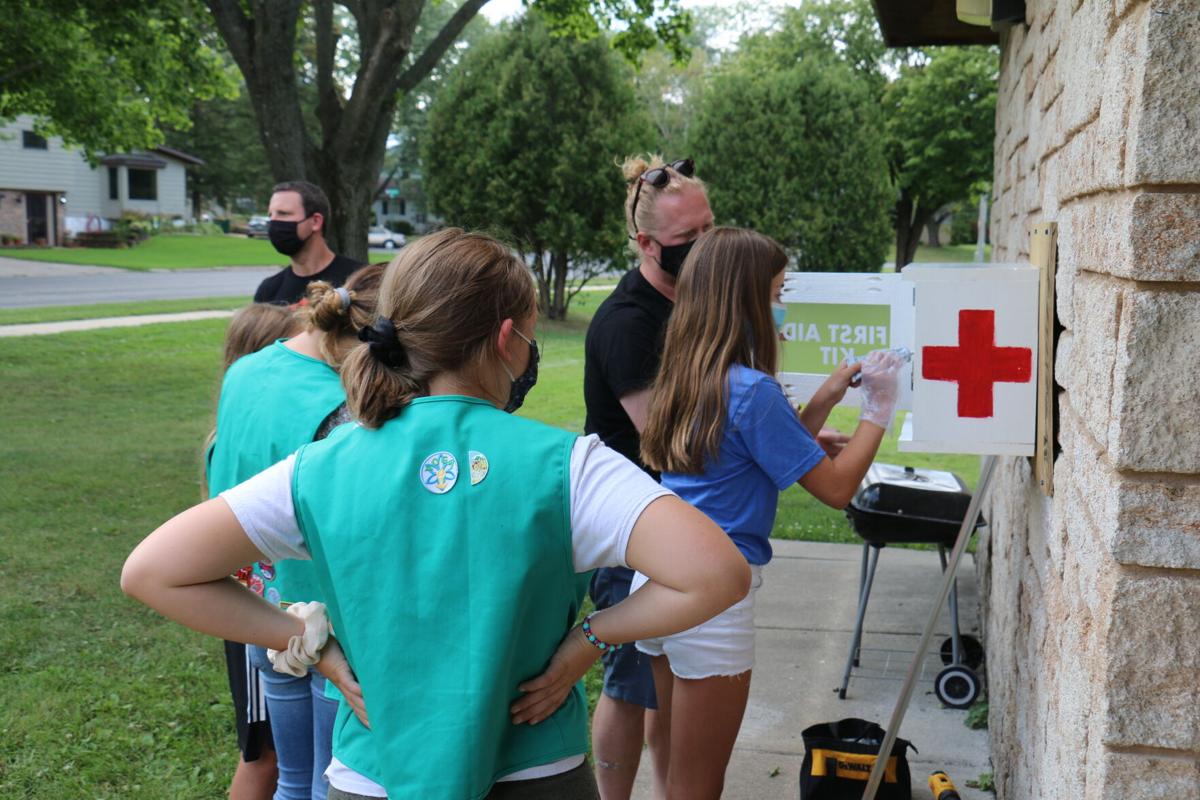 The girls glued drawers inside the boxes to hold the various first aid items.

A first aid box ready to be installed at Veteran’s Park.

Dave Walker of the Verona Parks Department with the girls of Troop 7398 at Harriett Park.

The girls glued drawers inside the boxes to hold the various first aid items.

The 12 members of the troop sought to earn the bronze award -- the highest honor a Girl Scout Junior can achieve -- through a project that would make a lasting impact on the community, member Stella Tincher told the Press.

Earlier this year, the girls completed their Girl Scout Journey project, which is intended to make a difference in the world. The troop came up with the idea for “Signs for Smiles,” which were signs placed around the community decorated with positive images and phrases intended to make people smile during the pandemic.

After that smaller, quicker project -- the girls, who are all in sixth grade and have been a cohesive group since kindergarten – felt prepared to reach for the bronze. As they were brainstorming ideas for the project, one member suggested first aid kit stations – inspired by little free libraries and little free pantries.

The girls’ first hurdle was the approval of the Parks and Recreation Commission, so they attended a meeting and presented a slideshow of their proposal to build the first aid kit boxes.

“We wanted to get preliminary approval before we’d gone too far and the city might say, ‘No, we don’t want those supplies’,” Stella’s mom Alyson told the Press. “But they were like, ‘Gosh, we love this idea.’ They have been really, really supportive. Parks director David Walker kept saying this is something that should be there anyway.”

With the commission’s help, it was determined that the three parks that could most use the kits were Harriet, Veteran’s and Fireman’s.

With their cookie sales money, the girls were able to buy all of the supplies for the first aid and stop the bleed kits and all of the materials to build and paint wooden storage boxes.

It cost around $500 to build and stock the boxes, Alyson said, and it took around 26 hours across 12 meetings from conception to completion of the project, including three building and painting dates – one for each of the three boxes. That does not include the time spent on cookie sales.

The girls were broken into smaller groups on the build dates, so that each of the troop members could be given an opportunity to work on a box.

Four of the parents were “building experts,” Alyson said, who helped draft the dimensions and layout, and assisted with constructing the kits. The girls could not find that a project like this had ever been done before, so they did not have plans to work off of.

“We had to draft our own design and had to think about things like if it rained to make sure the boxes were sealed, waterproof and weatherproof,” Stella said. “The boxes are weatherproof cedar with weatherproof exterior paint, so the longevity should be good.”

Before drafting the plans, the girls first bought drawers and shelves to put inside and made the plans around those plus the dimensions of stop the bleed kits, to make sure all of the supplies would fit inside.

The expertise of two other parents was also indispensable, Stella said.

On their own, the girls had thought of a variety of important items to include in the boxes -- adhesive bandages, gauze, gloves, hand sanitizer and alcohol wipes.

The city continued to be involved in the project. The Parks and Recreation commission recommended blunt scissors and tweezers, to be safe for kids using the parks and installed wooden backboards on park buildings for mounting the first aid stations. The girls even received a stop the bleed training from Verona Fire Department.

The Verona Fire Department said it will help monitor the boxes and let the troop know if anything needs restocked, plus there are cards inside with the Tincher’s phone number.

For now, the troop has a lot of spare supplies as it bought in bulk, Alyson said – so the girls plan to check the three boxes monthly to restock them. But eventually, they plan to pass the responsibility onto a younger troop – hopefully one with some of their sisters in it, so that other troops can use the boxes as a community helping project.

The girls completed the project just in time, as bronze awards have to be finished by the end of their fifth grade scouting year, and the Scouts program will recognize the girls as sixth graders starting Oct. 1.

With the bronze award, the Junior Girl Scouts will be able to become Cadets, but this project was never about them, the Tinchers said.

“We reached out to the Verona Press because we want people in the community to know that the kits are available, we’re not just tooting our own horn,” Alyson said.

Community reporter Neal Patten can be reached at npatten@wisconsinmediagroup.com