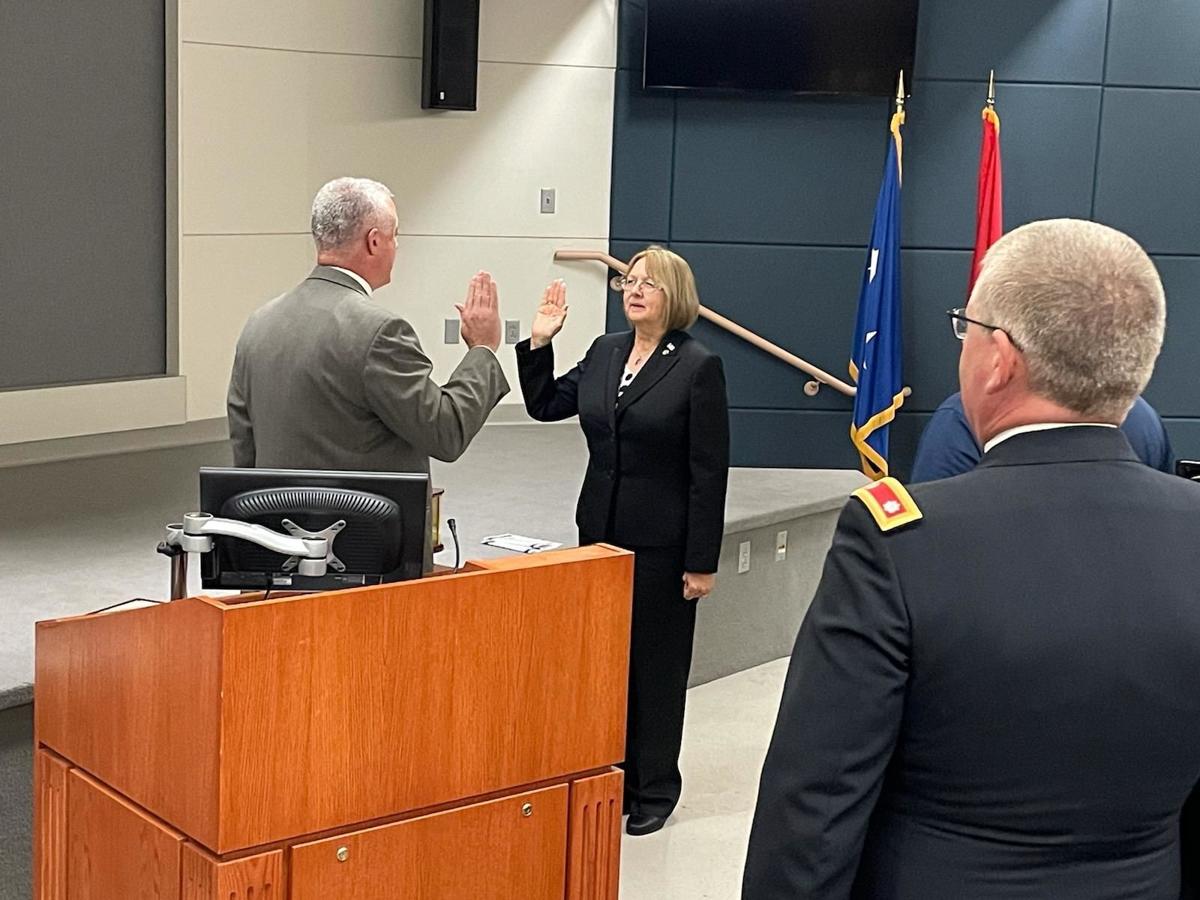 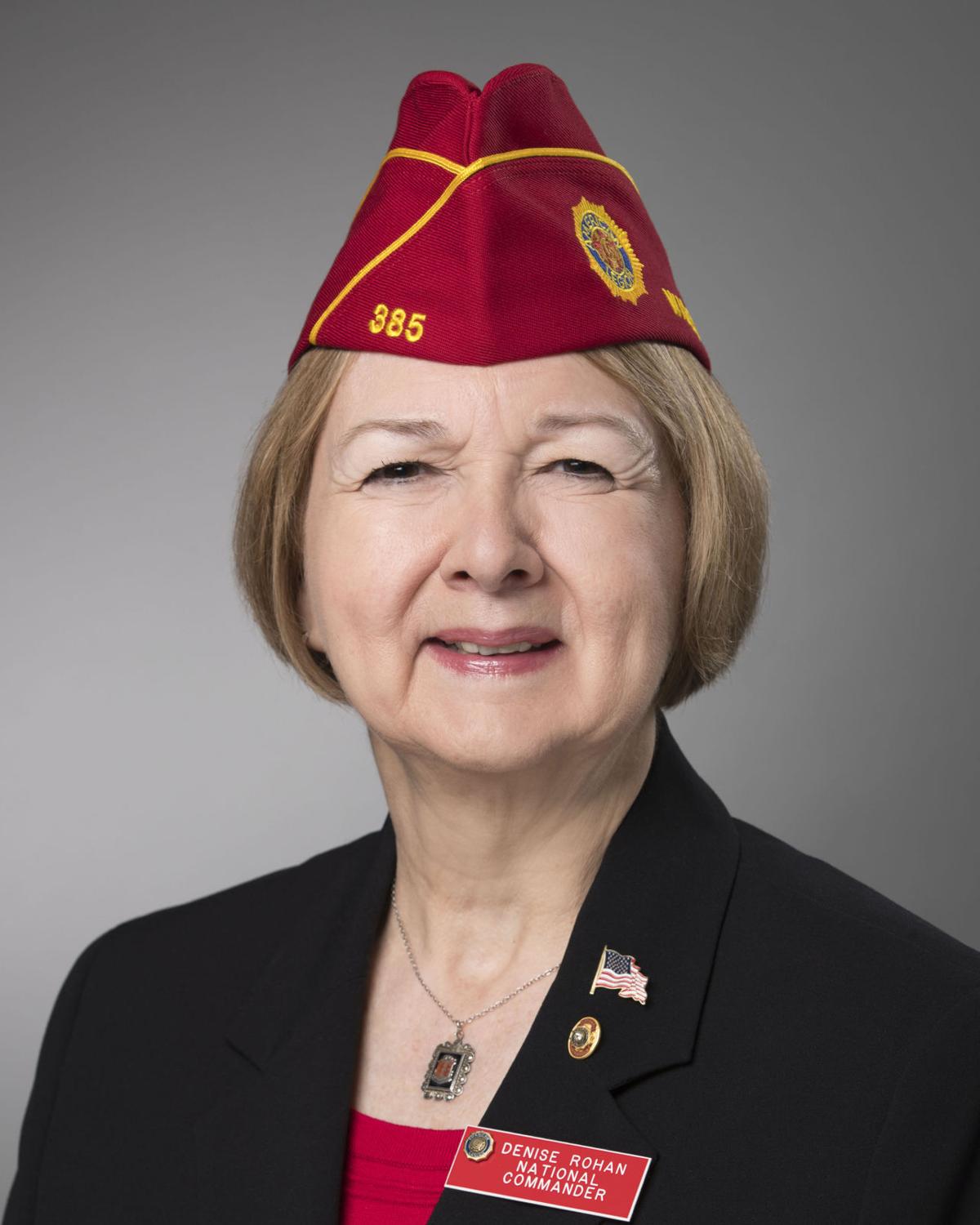 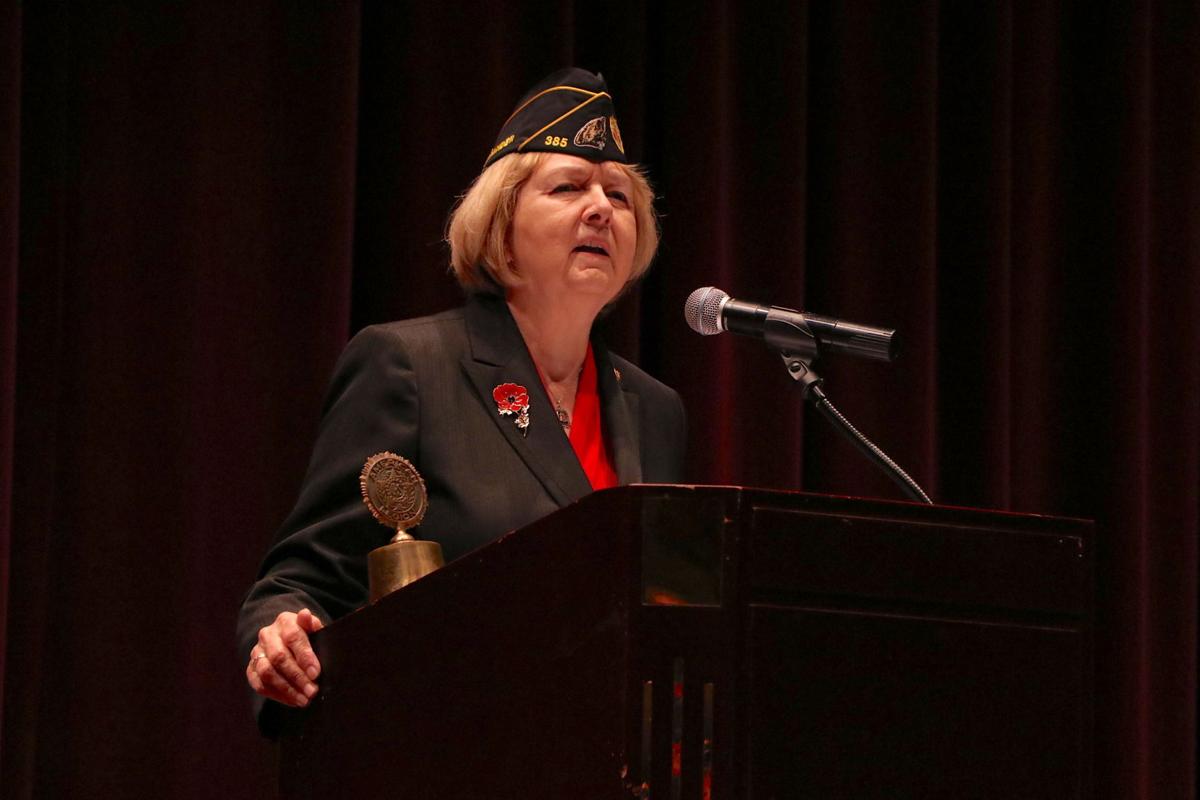 Denise Rohan, former national commander of the American Legion, gives an address in tribute to the armed forces during the Mason Lindsay Post 385 Memorial Day service at the Verona Area High School Performing Arts Center on Monday, May 27, 2019. 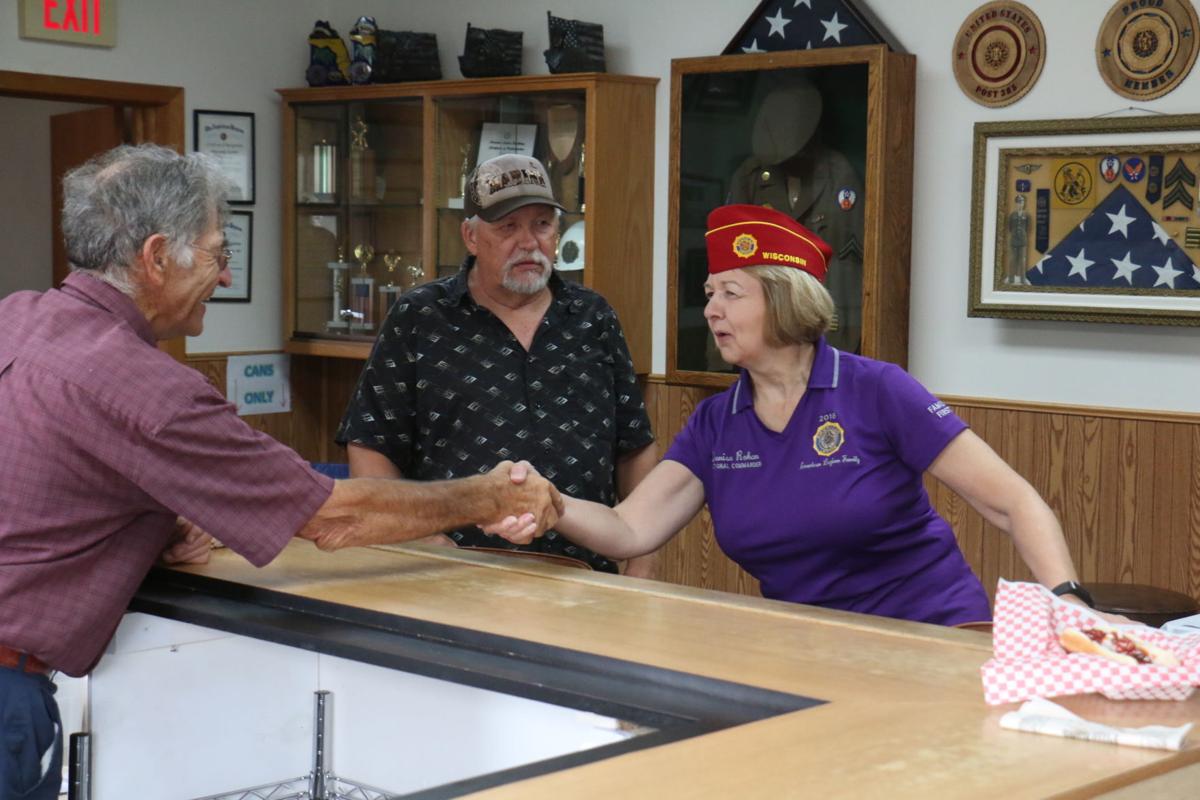 Denise Rohan, former national commander of the American Legion, gives an address in tribute to the armed forces during the Mason Lindsay Post 385 Memorial Day service at the Verona Area High School Performing Arts Center on Monday, May 27, 2019.

For Denise Rohan, it’s “family first” – both personally, and professionally.

Rohan, a Verona resident since 2010, was named Wisconsin’s first female Selective Service state director last month. Selective Service is the program that requires United States males between 18 and 25 to register in case there is ever again a military draft for war.

In that position, she told the Press, she plans to continue what she’d done as the first female national commander of the American Legion — continue her theme of “family first” in her fundraising projects.

As commander, when she would attend deployment ceremonies for soldiers, she said, she’d ask them, “What can we do for you?”

While many people think sending care packages with candy or shaving cream supports enlisted men and women, what military members say is “take care of my family first,” Rohan said.

Which is why with the Legion she fundraised to provide temporary financial assistance to disadvantaged children of veterans and training for American Legion service officers.

“The Legion needs to make sure families of these folks are taken care of,” Rohan said. “Then they can concentrate on their mission, not be thinking about their families.”

It’s the same with the Selective Service, Rohan said, explaining that if current military members feel as though their families back home are cared for, they’ll be more likely to re-enlist and continue to wear the uniform.

And as long as they re-enlist, U.S. citizens won’t have to worry about there being another draft because of a shortage of military personnel, which is why Rohan focuses on making sure military families are taken care of.

Rohan, who is now retired from a career as the assistant bursar of student loans at University of Wisconsin Madison, is only expected to put in around eight hours of work a month as the state’s Selective Service director – so long as Congress and President Joe Biden don’t ever call for a draft.

“It’s the one job I hope I never have to do,” she said. “If by chance the country were ever to go to war, then I would go to work full-time.”

Rohan said some people believe Selective Service is enlisting in the military, and she stressed that’s not the case.

Instead, it’s just a way for the government to be made aware of your whereabouts in case of a draft.

“A lot of people think signing up means suiting up to go to war, but that’s not the case,” she said. “The way I look at it, it’s a guarantee the country will be ready if it’s ever needed.”

But part of her role if a draft was to be held would involve listening to the cases of “conscientious objectors” for why they should not be deployed.

She and board members are trained to meet objectors to have interviews to find out why they’d object to serving. Sometimes it might be against their belief system like a religion, other times it might be that they are the only doctor practicing in a small town or the only person operating a family farm with no one to take it over.

Depending upon the objection, Rohan and the board may allow the person to remain home to continue their work. Others may be asked to serve the country in another way, by being sent to farms or hospitals to work rather than sent overseas.

Not signing up for the draft at all can have serious consequences, Rohan said, such as loss of state and federal aid or a personal business not getting a government contract.

Rohan replaced former State Director John Cumicek, who served as Wisconsin’s state Selective Service director for more than 30 years. Cumicek himself tapped Rohan for the job, saying she would be “perfect for the task,” Rohan said.

And while she doesn’t anticipate remaining in the role for three decades as he did, she said she is happy to serve for now.

Rohan moved to Verona with her husband in 2010 from Sun Prairie to be closer to her son, daughter-in-law and grandchildren.

An Iowa native, she joined the army right out of high school and found herself traveling around from Texas to South Korea, before landing with her husband – who was an army recruiter – in Wisconsin in 1978.

And after serving more than 37 years in various American Legion positions including at Post 385 in Verona and Post 333 in Sun Prairie, she was elected in 2017 as the first female national commander of the 2 million member American Legion. The Legion is America’s largest veterans organization.

She said being the national commander for the American Legion was “such an honor” and gave her the opportunity to travel the United States and to seven foreign countries.

In that role, she said she got to meet youth involved in the Legion’s outreach programs, such as Boys State and Girls State, weeklong summer camps that teach high school students the inner-workings of civics and government.

The leaders of tomorrow are something Rohan has focused on throughout her service, she said.

While in Sun Prairie, she established a Sons of the American Legion Squadron and chartered a Boy Scout troop. The Sons are descendants of war veterans, not veterans themselves, but help to keep Legions going as veterans grow old.

In addition to her commitments to the Legion and Selective Service, Rohan, when not tending to her flower garden, has spent the past year and a half being a full-time grandma. Her grandkids have come to her house every single day for virtual schooling and some “physical education” time, like playing catch with grandpa.

It’s the youths of the country that inspire her, she said.

“A lot of things you see in the news makes you feel sad about our country,” she said. “But you feel proud when you meet youth and hear what they’re doing. It gives you hope for the future. It gives me hope I will never have to go to work full time for selective service. There will always be people willing to step up.”

Neal Patten can be contacted atnpatten@wisconsinmediagroup.com.

Denise Rohan is proud of the role women have long had in the American Legion.

As Wisconsin’s first female selective service state director, Denise Rohan said she is commonly asked why women are not expected to enroll for the draft like men are.

But she said selective service doesn’t oversee that law, the United States Congress does.

So while there have been Supreme Court challenges over time, it always is sent back to Congress.

There are laws in front of Congress to begin including women in the selective service program.

If that were to pass and be signed into law by the U.S. President, then selective service would implement women into its process, she said.