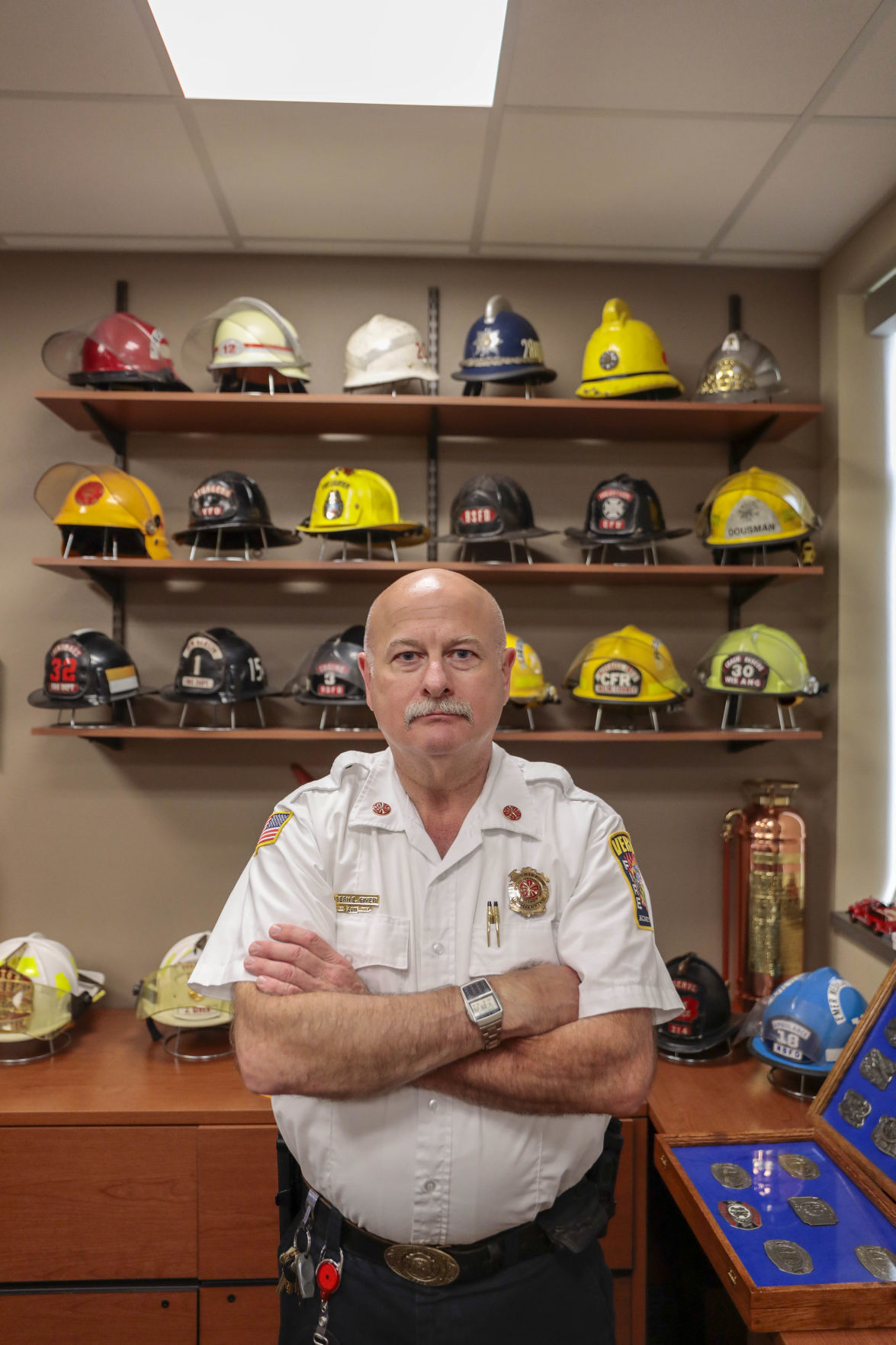 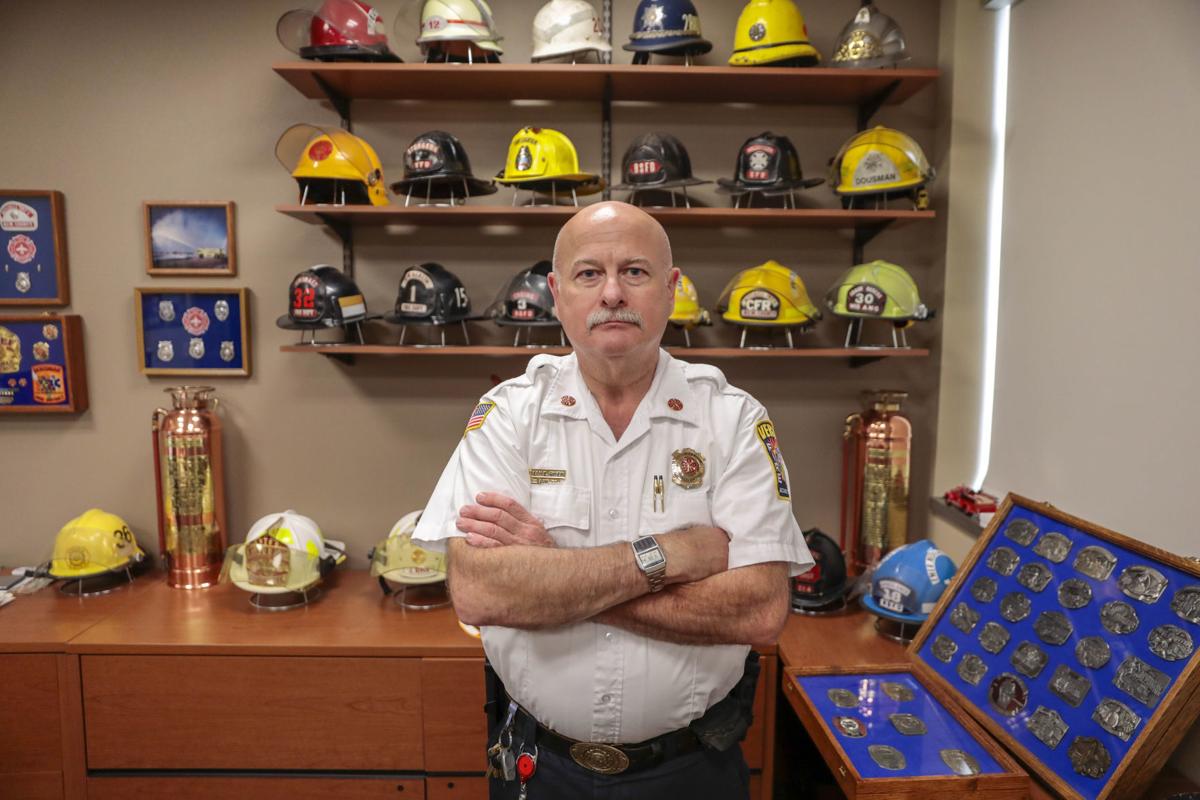 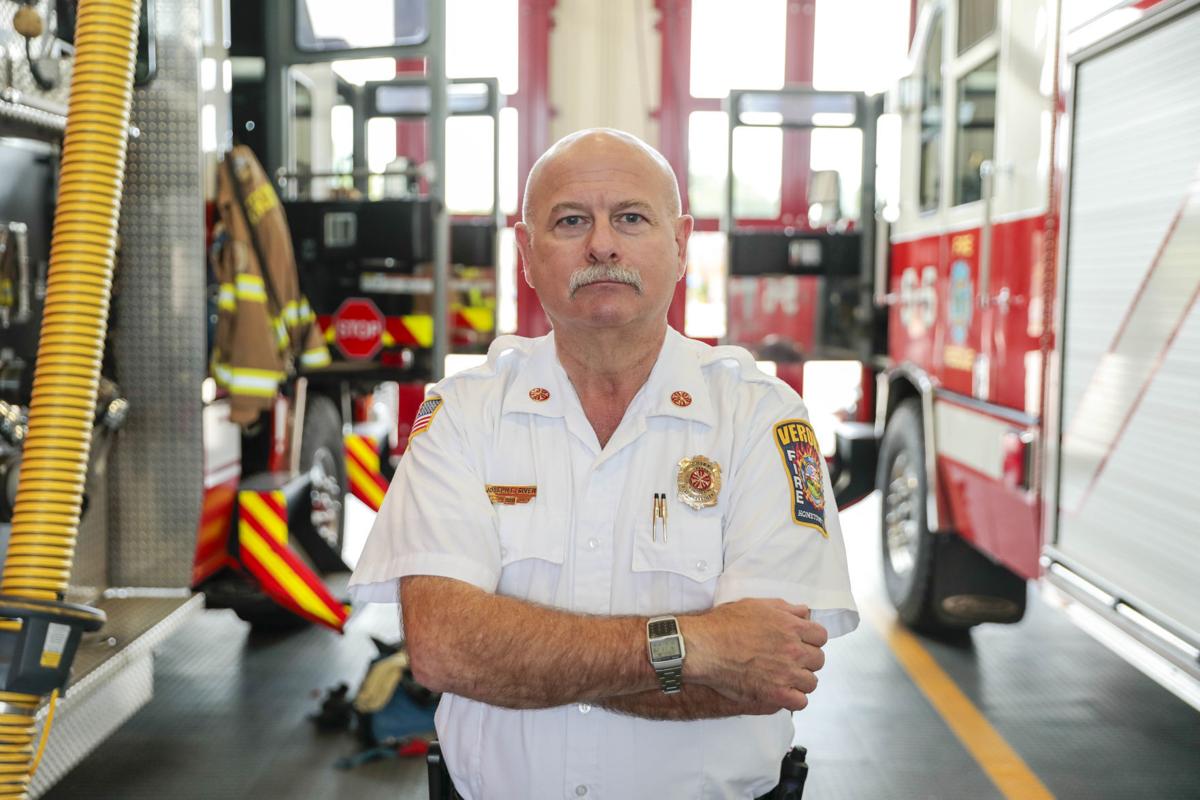 Verona fire chief Joe Giver poses inside the apparatus bay at the four year old fire station. He officially retires Jan. 2, but his last day in the station is Sept. 27. 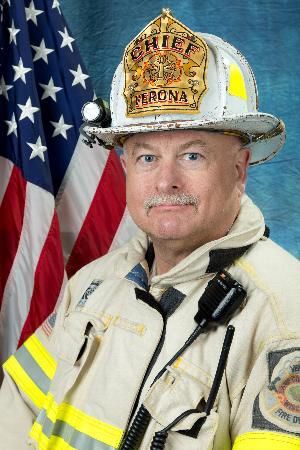 Verona fire chief Joe Giver poses inside the apparatus bay at the four year old fire station. He officially retires Jan. 2, but his last day in the station is Sept. 27.

Eight years ago, the Verona Joint Fire District had a part-time chief, four full-time firefighters and a 35-year-old fire station with no room to put up interns or volunteers overnight.

If there was a call in the evening or on the weekends, people would drive to the station, wait for a four-person crew to arrive, get into their gear, then start heading to the incident, all of which could take 10 to 20 minutes. By that time, it wasn’t uncommon for another fire department to already be there.

Putting an end to the safety risk of those inconsistent response times was the No. 1 goal of the new chief that year, Joe Giver, whom the commission overseeing the district hired from the small village of Dousman.

As Giver prepares to retire at age 61 – officially Jan. 2, but in reality Sept. 27, as he’ll be using accrued leave for the rest of the year – he believes he has accomplished that mission and more.

The four-year-old station now houses a city-run fire department with nine full-timers and a 36-person roster – about double what it had in 2011. It also includes space for the Fitch-Rona EMS, which for years rented out a building, and it hosts four interns each year and has numerous paid-on-premises firefighters who cover two of the four 24-hour shifts each day.

“Everything that the town, the fire district and the city has done has improved it and made it a better organization,” Giver told the Press last week. “Becoming a city department was a huge change. Building a station was a cultural change and a huge task.”

Now, the city’s daytime and nighttime responses are roughly the same, and he believes he’s played a part in making sure that happened without a huge impact on taxpayers.

All of that and every decision he’s made throughout a 41-year career in the fire service, including 24 as chief for three different departments, has been aimed at the best interests of residents, he said.

But one fact is even more important.

“I’ve kept my personnel safe,” he said. “I’ve not had a significant on-the-job injury, never had a firefighter loss of life.”

Being chief has been exhausting, though, especially with a combination fire department like Verona’s, Giver said. Unlike his previous jobs, Verona has blended career and volunteer firefighters together since the early 2000s.

The difficulty of managing such departments has been the subject of numerous trade publication stories, studies and reports within the industry, as the motivations and needs of volunteer and career firefighters can differ dramatically. And chiefs before Giver struggled with it here, as well.

It made for some uncomfortable moments, such as last year, when the firefighters’ union called for the resignations of Giver and an assistant chief. But he weathered the storm, stretching out his retirement by a year as he instituted new policies and procedures.

Giver said it was always his belief the needs of those whom the department serves should cause people to rise above petty disagreements.

“I don’t like dealing with personnel matters,” he said. “I want everybody to get along, and I can’t understand why people can’t get along. I’m not wired that way.”

He’s comfortable putting his days as a chief behind him, but he’s less certain he’s done with the fire service. The Fitchburg resident plans to take a few months to decide what is next for him, whether it’s volunteering, part-time work or something else.

“Maybe I don’t want to do it anymore, but when you’ve done something for 41 years, it’s hard to just turn it off,”

Though he has always enjoyed helping people directly, he’s learned as chief – particularly here – that ensuring firefighters under him have the right tools and preparation is just as important as being on the front lines.

So he could also see himself helping a large department with its purchasing, researching the best products.

After all, the inconsistency and urgency of his career in fire service has for a long time taken precedence over his home life. Giver credits his wife, Darla, who is five years younger and not yet ready to retire, for being “the most understanding wife in the world.”

But he also might consider staying closer to the action by volunteering, where he can really feel like he’s helping.

“My favorite part of the job is responding to calls and helping people in their time of need. That’s where I get the job satisfaction from,” he said. “Working for fire and EMS is the greatest thing in my mind someone can do with their life.”

Applications will open the first week of August to find a successor for retiring fire chief Joe Giver.