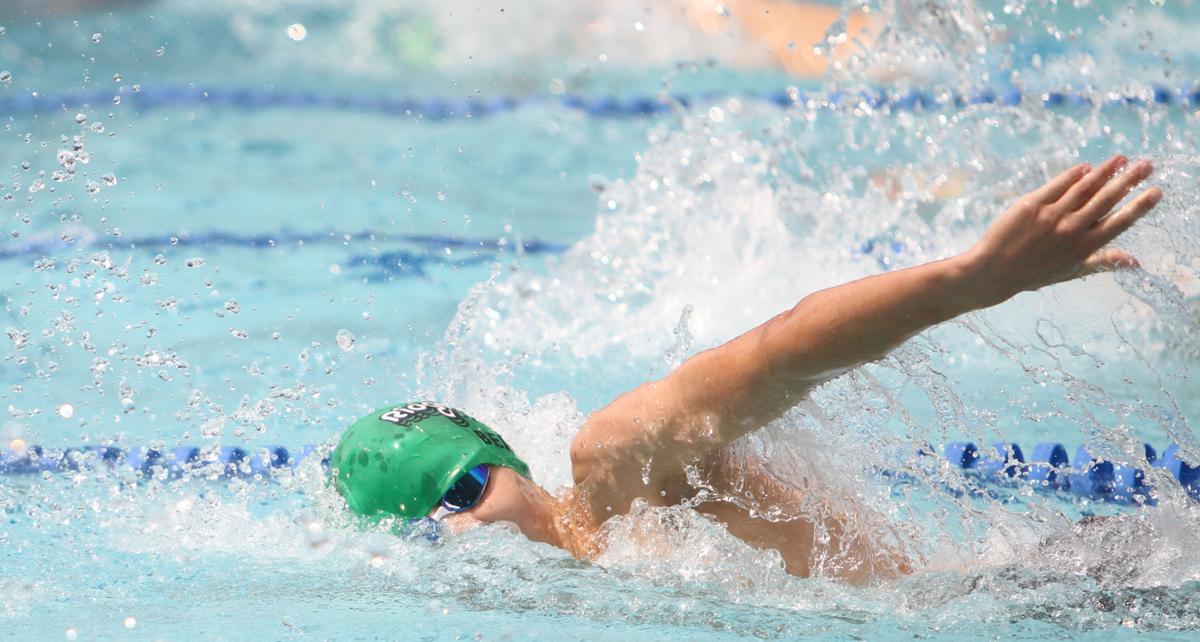 Ridgewood’s Ben Cutler-Heiderscheit swims the 50-meter freestyle in the Madison All-City Championships on Saturday, July 31, at the Seminole Pool in Fitchburg. 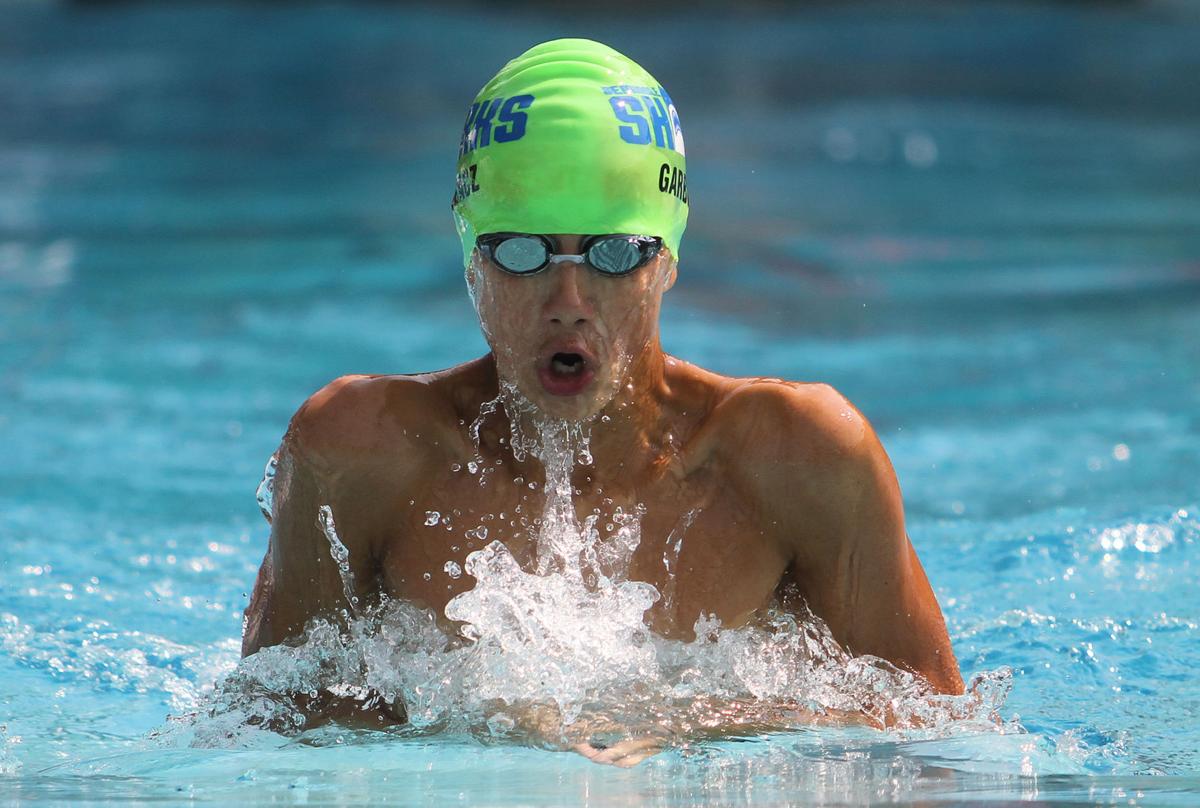 Max Garbacz swims the 50-meter breaststroke in the boys’ 11-12-year-old division in the Madison All-City meet on Saturday, July 31. 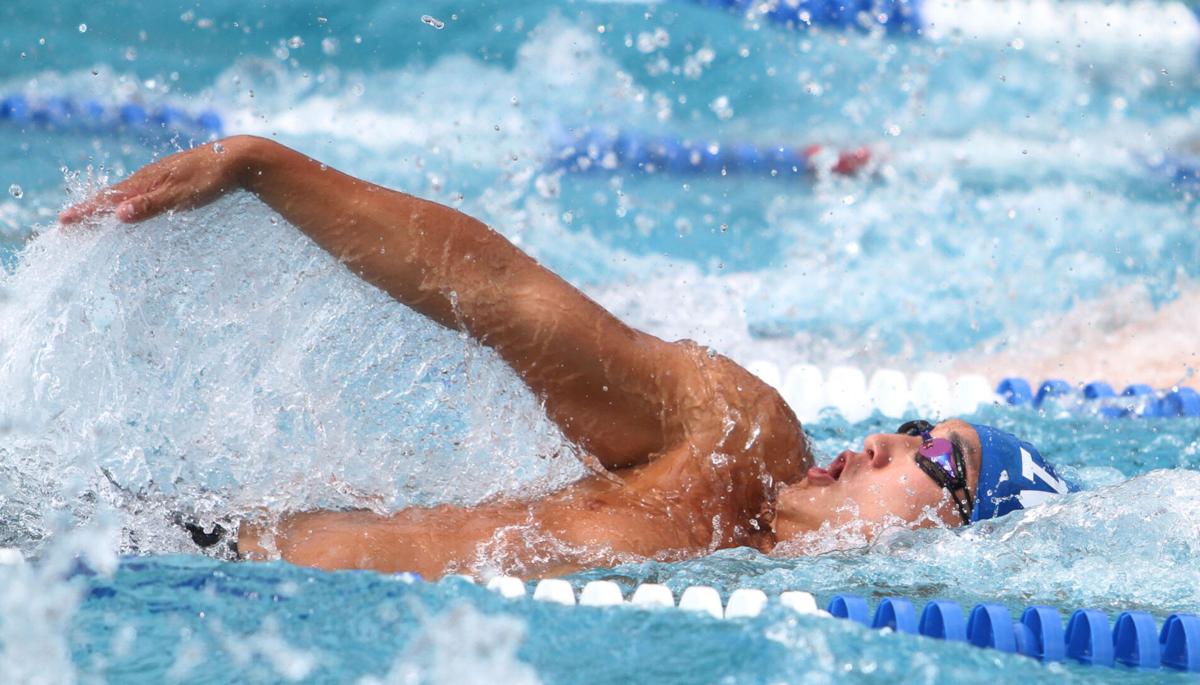 Ridgewood’s Ben Cutler-Heiderscheit swims the 50-meter freestyle in the Madison All-City Championships on Saturday, July 31, at the Seminole Pool in Fitchburg.

Max Garbacz swims the 50-meter breaststroke in the boys’ 11-12-year-old division in the Madison All-City meet on Saturday, July 31.

After a one-year hiatus because of the COVID-19 pandemic, the Madison All-City Swimming Championships returned and Ridgewood captured the team title for the second straight season and fifth time in the past six years.

Verona Area High School senior Max McCartney, swimming for Ridgewood, was excited to be back in the pool. The All-City meet featured more than 1,800 swimmers during the week at six different sites culminating in the championships on Saturday, July 31, at Seminole Pool in Fitchburg.

“It was really fun to get back in that atmosphere and compete with my friends again in the pool,” McCartney said. “Winning was the cherry on the top.”

Ridgewood coach Bill Wuerger, who also is the coach for the Verona Area/Mount Horeb girls and boys swim teams, said the swimmers were appreciative to be back in the pool after the All-City meet was canceled last year.

“I wasn’t sure what to expect this season,” Wuerger said. “We had more new swimmers on the team this summer than we’ve ever had, and many swimmers did not swim last summer. The team improved dramatically from the beginning of the season. It was fun to watch them swim as well as they did.”

McCartney finished second in the 100-meter freestyle with a time of 56.87 seconds, 0.64 seconds behind Nakoma’s Nicholas Chiratisi. He added a fifth-place finish in the 100 backstroke (1:08.44).

“I was definitely surprised to see the times I put up,” McCartney said. “I had high hopes but I wasn’t expecting much.”

McCartney excels at the 200 and 500 free during the high school season for Verona Area/Mount Horeb.

McCartney said he’s really happy with how he performed in the 100 back because it’s an event he hasn’t raced in for a long time.

He trains with the Badger Aquatics Club and Ridgewood during the summer.

“It’s fun to swim with different kids I wouldn’t get to during the high school season. You still get good workouts in.”

Avery Blas, 17, a teammate of McCartney’s during the winter boys swimming season for Verona Area/Mount Horeb, swam for the Seminole Swim team, and finished third in the 200 individual medley (2:23.05) and third in the 100 breaststroke (1:13.07).

The lone title from local swimmers in the 15-18 age group came from Colin Senke of Nakoma, an Edgewood senior, who won the 100 breaststroke in 1:01.79. Senke teamed with Nicholas Chirafisi, Jaxson VandenBrook and Davis Petersen to take second in the 200 medley relay (1:57.59). The same quartet for Nakoma took second in the 200 free relay (1:46.43). Senke also is the returning WIAA Division 2 state champion in the 100 butterfly for the Crusaders.

“I’m friends with a lot of those guys on Nakoma and every year you can count on Nakoma to put together a strong team,” McCartney said.

“Max is a talented swimmer,” Ridgewood coach Bill Wuerger said. “He was at the bottom of his age group this year (13) competing against taller, stronger 14-year olds, but he definitely held his own. Max has been working very hard since the end of the high school season. He is getting physically stronger, which helps him in sprint freestyle events.”