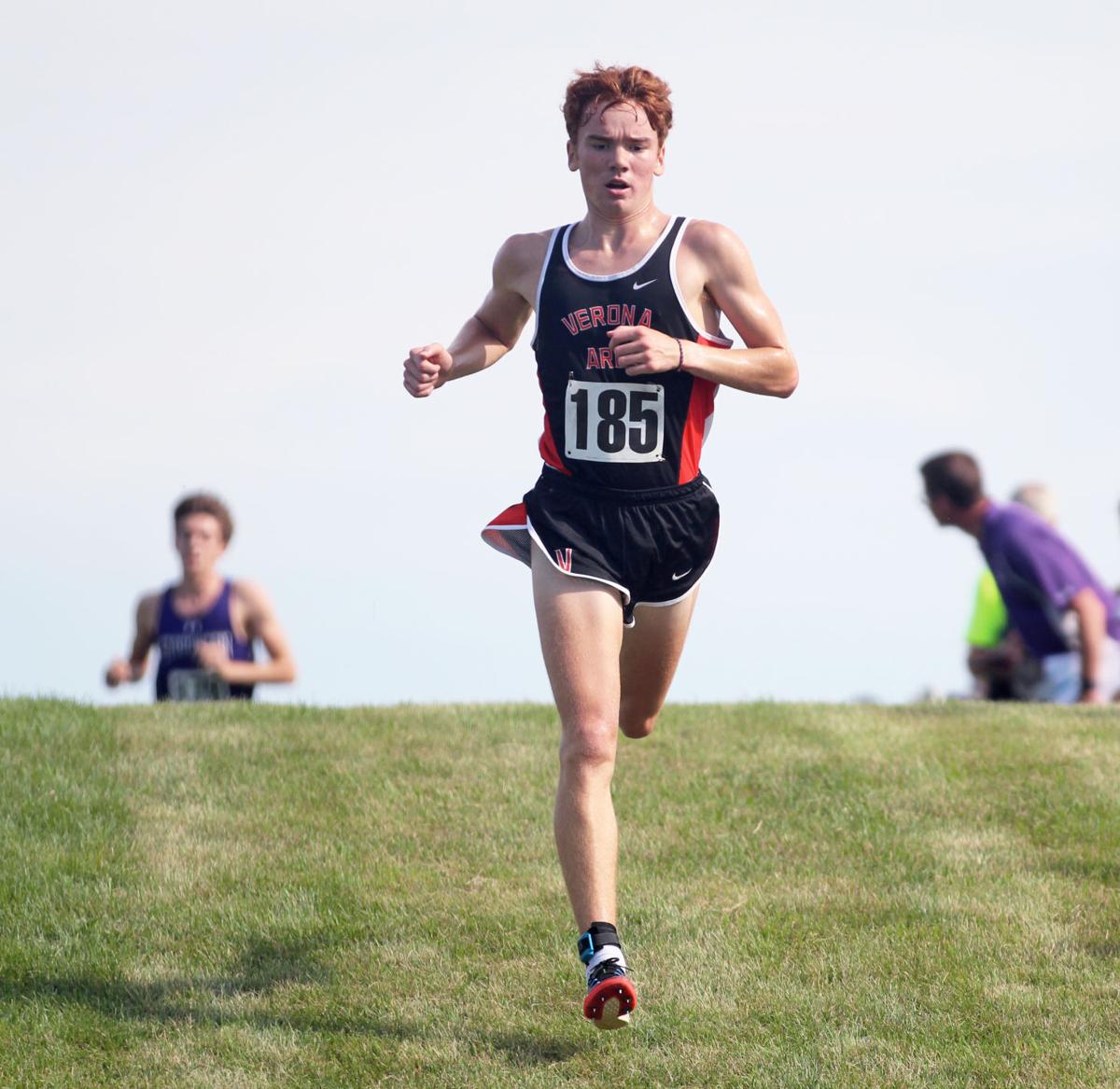 Verona’s Aidan Manning races down a hill during the Glenn Herold Invitational Saturday, Aug. 28, at Watertown High School. Manning finished first in the boys race with a time of 16:37.7. Aidan Manning Aidan Manning 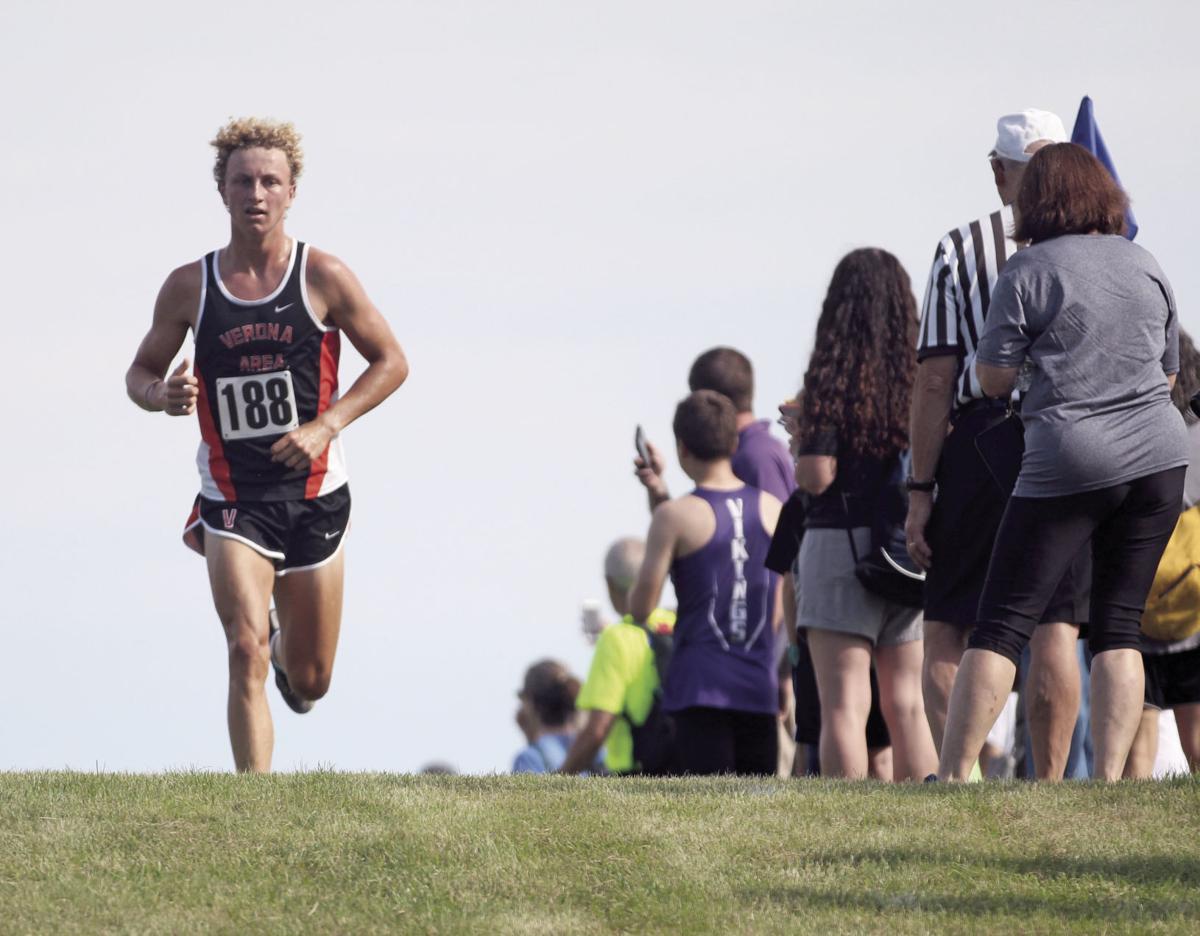 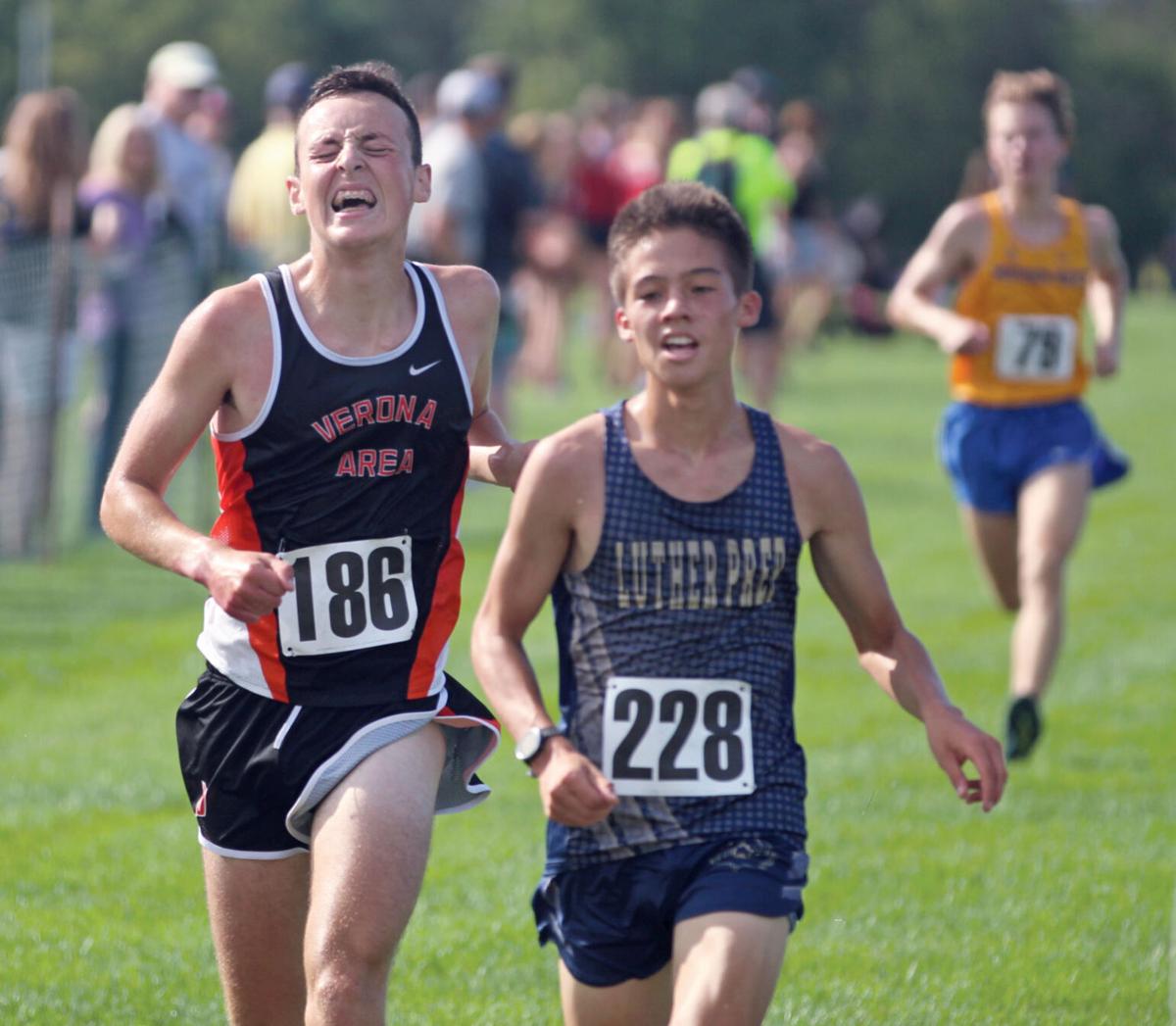 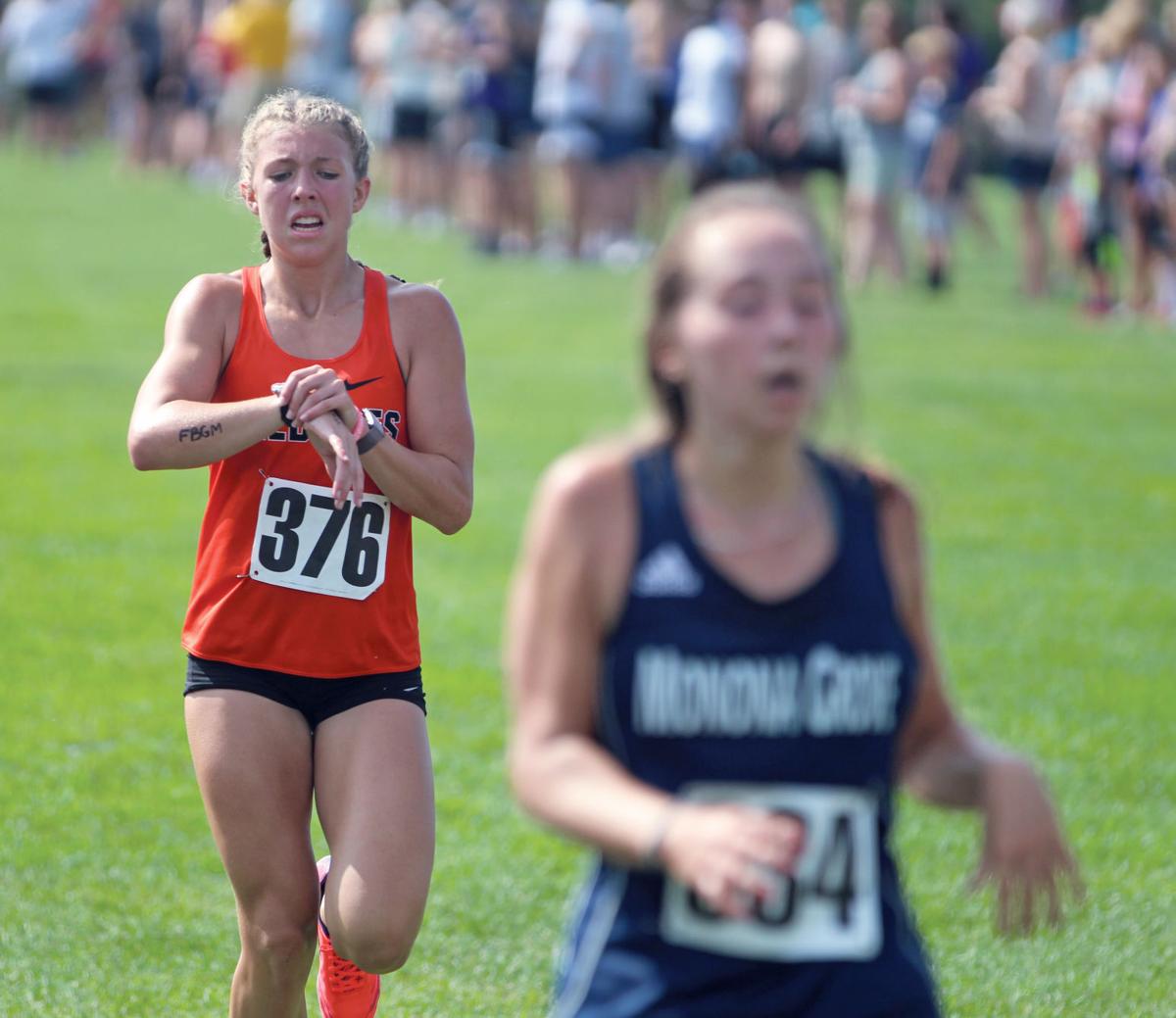 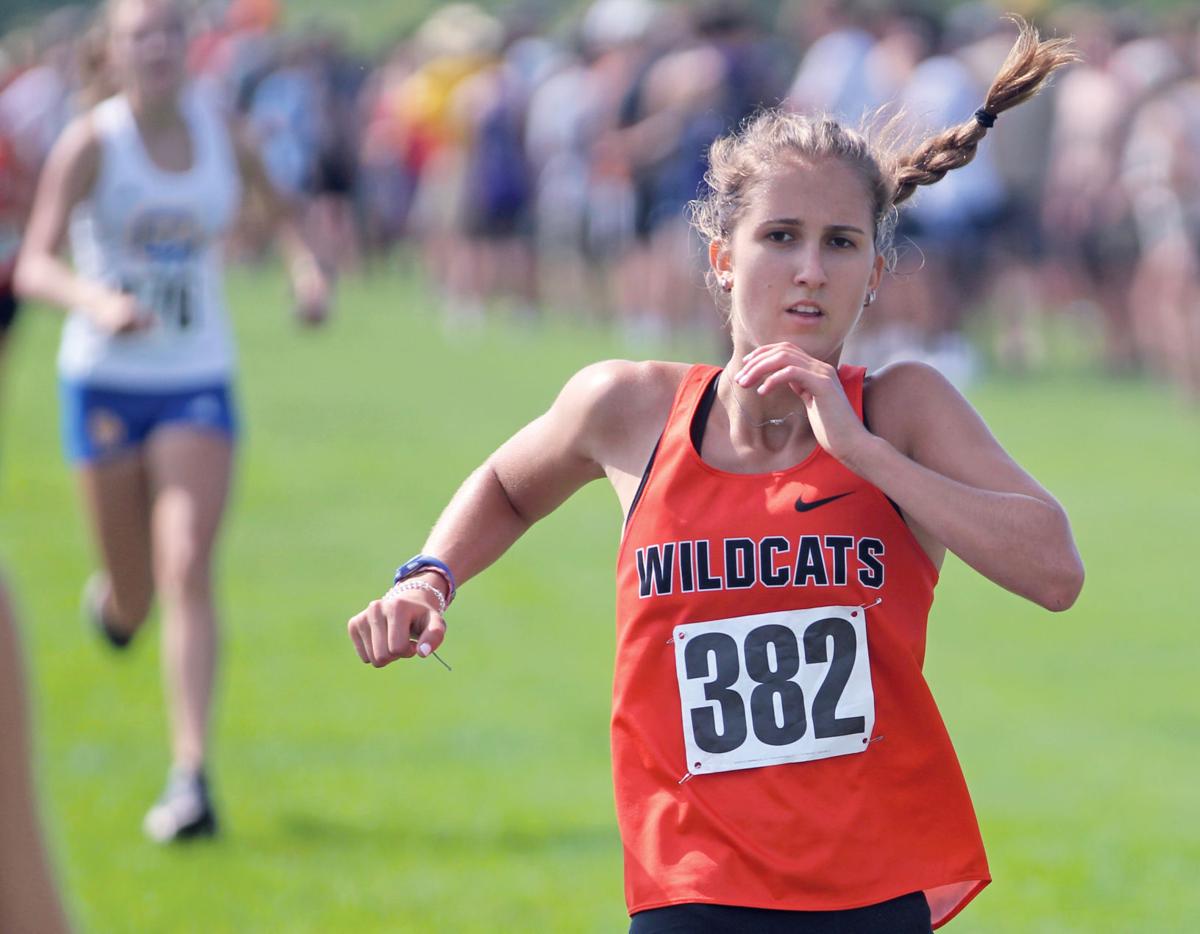 Verona’s Aidan Manning races down a hill during the Glenn Herold Invitational Saturday, Aug. 28, at Watertown High School. Manning finished first in the boys race with a time of 16:37.7. Aidan Manning Aidan Manning

Manning finished first out of the 227-runner field — which included JV runners — with a time of 16 minutes, 37.7 seconds to lead Verona to the top score of 44 points in the team’s season opener.

Manning, like the rest of the runners, battled some early season heat to win the boys’ race by nearly 23 seconds.

“The first mile felt really easy,” Manning said. “It felt great to be back and just racing again. The first mile was just perfect, it felt so good. It was super exciting to be back.”

Madison West placed second with 55 points, while Stoughton took third with 98 points. Monona Grove and Waukesha South rounded out the top five with 137 and 141 points, respectively.

The Wildcats placed three runners inside the top 10.

Junior Blake Oleson clocked in at 17:19.1 to place third overall, while fellow junior Max Metcalf came in 10th with a time of 18:01.

“I’m proud,” Manning said. “The only way to go is up. It was a great benchmark.”

The Wildcat girls had just one runner inside the top 10, but finished with five racers in the top 20 to earn runner-up honors. Verona collected 81 points while Monona Grove took the top spot with 66 points.

Monona freshman Mackenzie Babcock dominated the field with a first-place time of 19:24.7. Watertown’s Jemma Habben clocked in second with a far-cry time of 20:52.6.