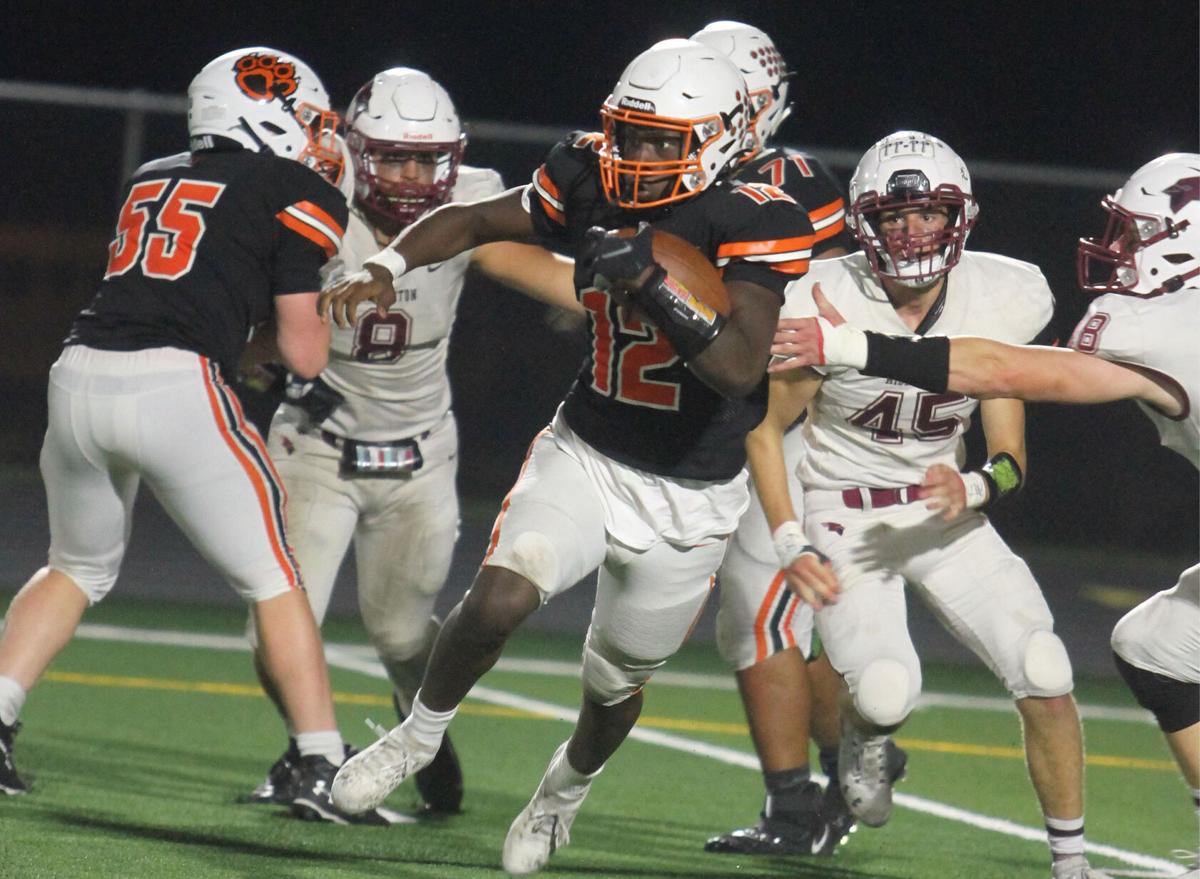 Verona senior running back Isaiah Marsh looks to break a tackle in the second half against Middleton. 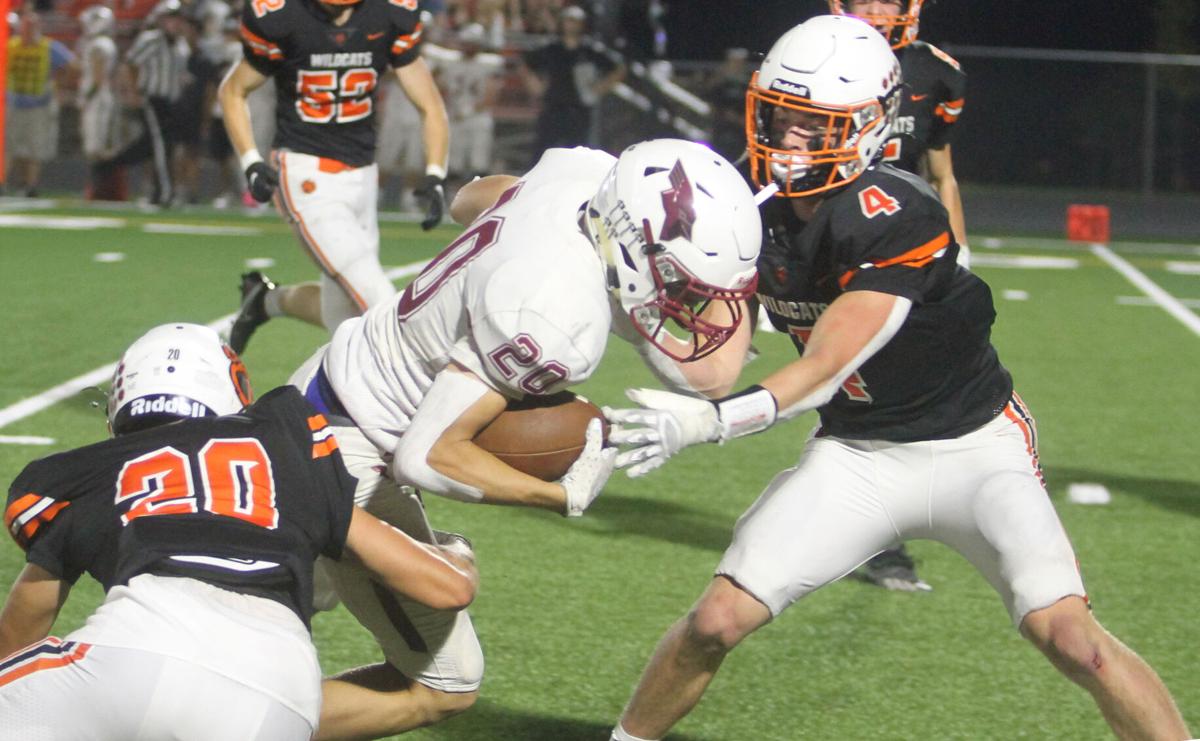 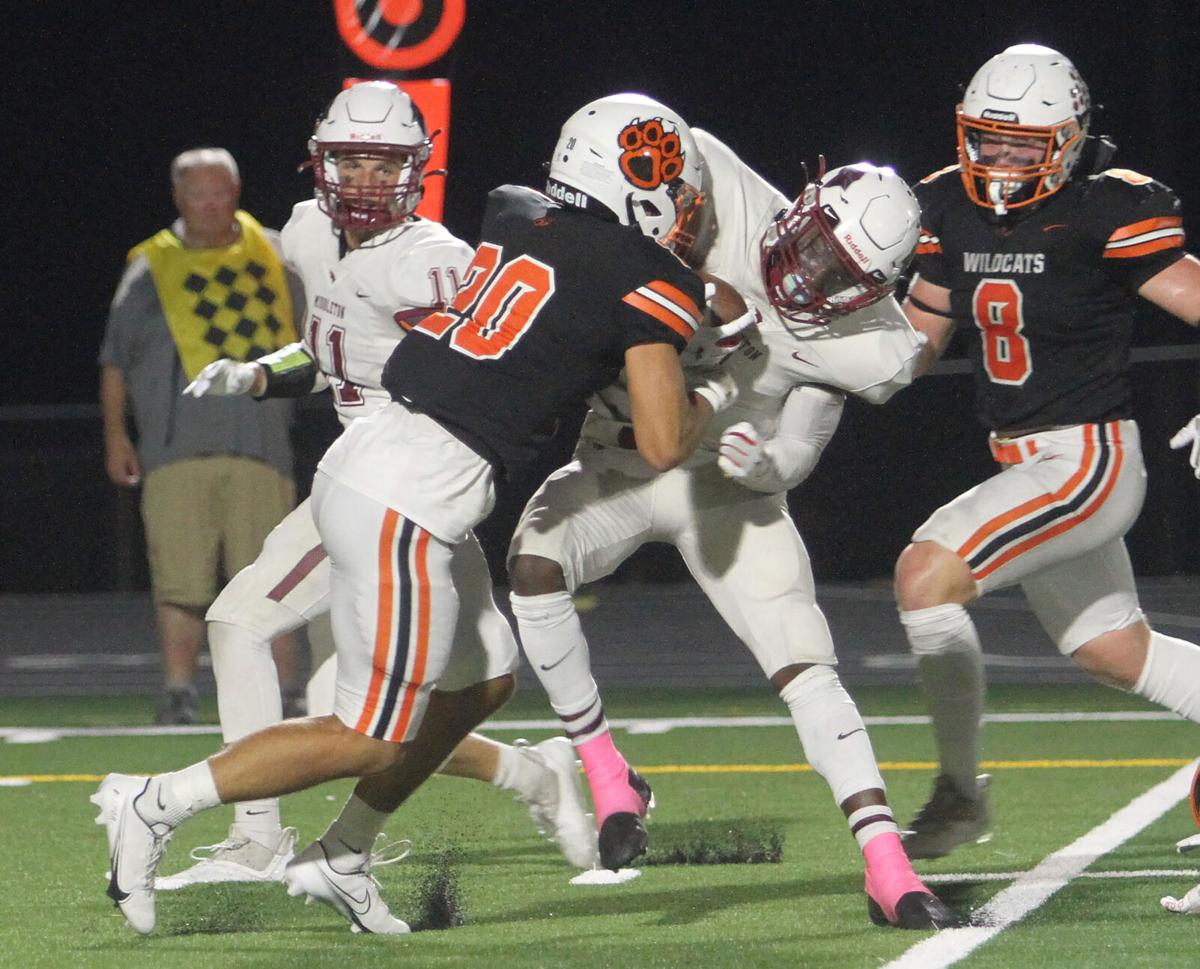 In a chippy game filled with a lot of trash talking, Middleton spoiled Verona’s homecoming, handing the Wildcats a 30-0 loss on Friday, Oct. 1, at Verona Area High School.

Verona (5-2, 3-2 Big Eight) committed five turnovers - three fumbles and two interceptions. Each team had a player ejected. Middleton running back Elijah Gray and Verona senior wide receiver Karson Mitchell were both ejected in the second half and will have to miss the first half of games next week.

It was tough sledding for the Verona offense in the first half as they recorded just one first down and 18 total yards.

“We played poorly in the first half and you can’t win against good teams playing that poorly,” Verona coach Dave Richardson said. “I don’t know what else to say. We played exactly like we did against (Madison Memorial).

“We game planned for these guys for three weeks and for whatever reason we didn’t execute. Middleton is a good team and they have a great defense with big kids.”

The Cardinals marched 92 yards in 10 plays, capped off by sophomore running back Bryce Falk’s 10-yard touchdown run midway through the first quarter.

On the Wildcats’ second play, a fumble was recovered by Middleton at Verona’s 22-yard line. Four plays later, Middleton sophomore quarterback Gabe Passini scored on a 1-yard sneak. After a penalty by the Wildcats, the Cardinals went for the two-point conversion and Gray ran it in to give the Cardinals a 15-0 lead with 2 minutes, 16 seconds left in the first quarter.

“In the first series we give the ball away right away and it felt like I was watching the Packers in Week 1,” Richardson said.

It appeared like Middleton would add to its lead, but Cole Toennies’ 80-yard punt return for a touchdown was wiped out by a penalty.

Middleton had a six-play, 55-yard drive, culminating in Gray’s 2-yard TD run to give the Cardinals a 22-0 lead with 2:20 left in the second quarter.

Fink completed 12 of 28 passes for 159 yards and two interceptions. The Cardinals limited the Wildcats to 24 total rushing yards. Senior running back Kyle Krantz rushed for 21 yards on seven carries. He also had three receptions for 50 yards. Mitchell finished with four receptions for 56 yards.

Verona had several scoring opportunities that fizzled in the second half. Facing a third-and-goal from the Cardinals’ 7-yard line in the third quarter, Middleton’s Ben Van Buren recovered a Verona fumble at the Cardinals’ 10-yard line. Two big plays that kept the drive alive before the turnover for the Wildcats were Fink’s hook and lateral pass to senior wide receiver Cole Jannusch who pitched it to Mitchell for 19 yards. The other big play was a 13-yard middle screen to senior running back Kyle Krantz.

On the Wildcats’ next drive in the fourth quarter, Verona faced a fourth-and-3 from the Cardinals’ 7-yard line. A pass attempt by Fink to Jannusch at the goal line was incomplete and ended in a turnover on downs.

“We just couldn't put the ball in the end zone and it’s just frustrating,” Richardson said.

The big play of the drive was Fink connecting with sophomore Michael Valitchka on a 30-yard pass.

Toennies had an interception that short-circuited another Wildcats’ drive in the second half.