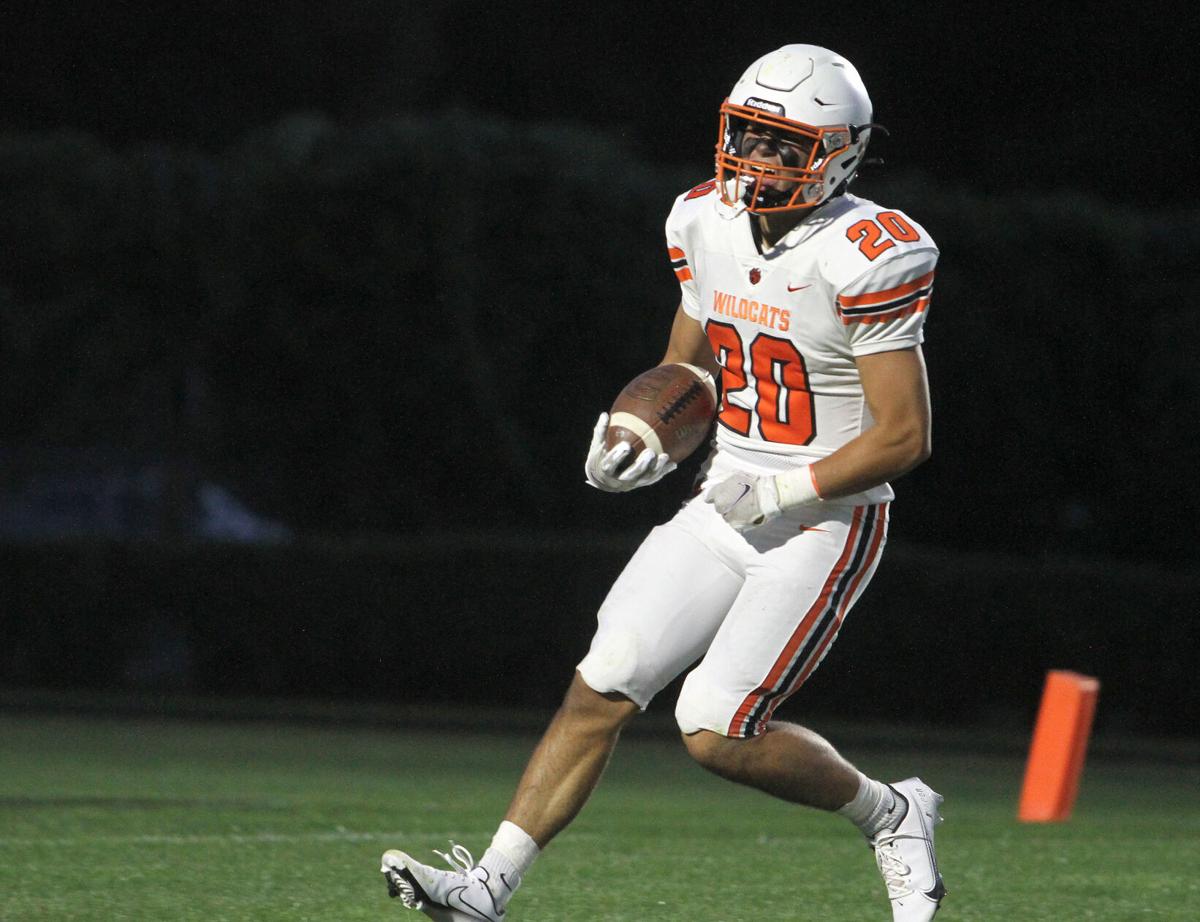 Verona senior N.J. Elias returns a fumbled punt by the Wildcats 55-yards for a touchdown in Verona's 49-18 win over Madison West on Friday, Sept. 10, at Mansfield Stadium in Madison. 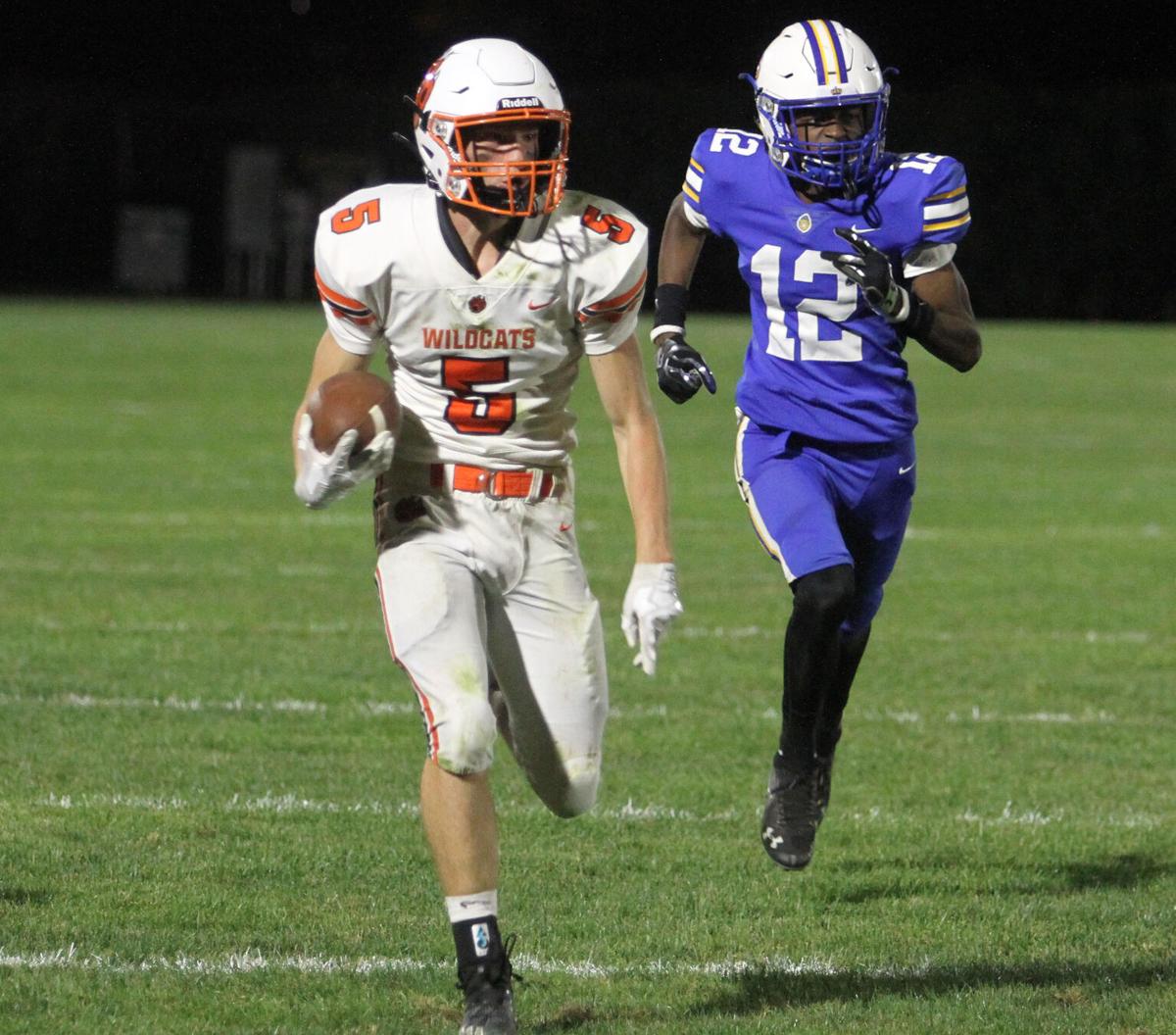 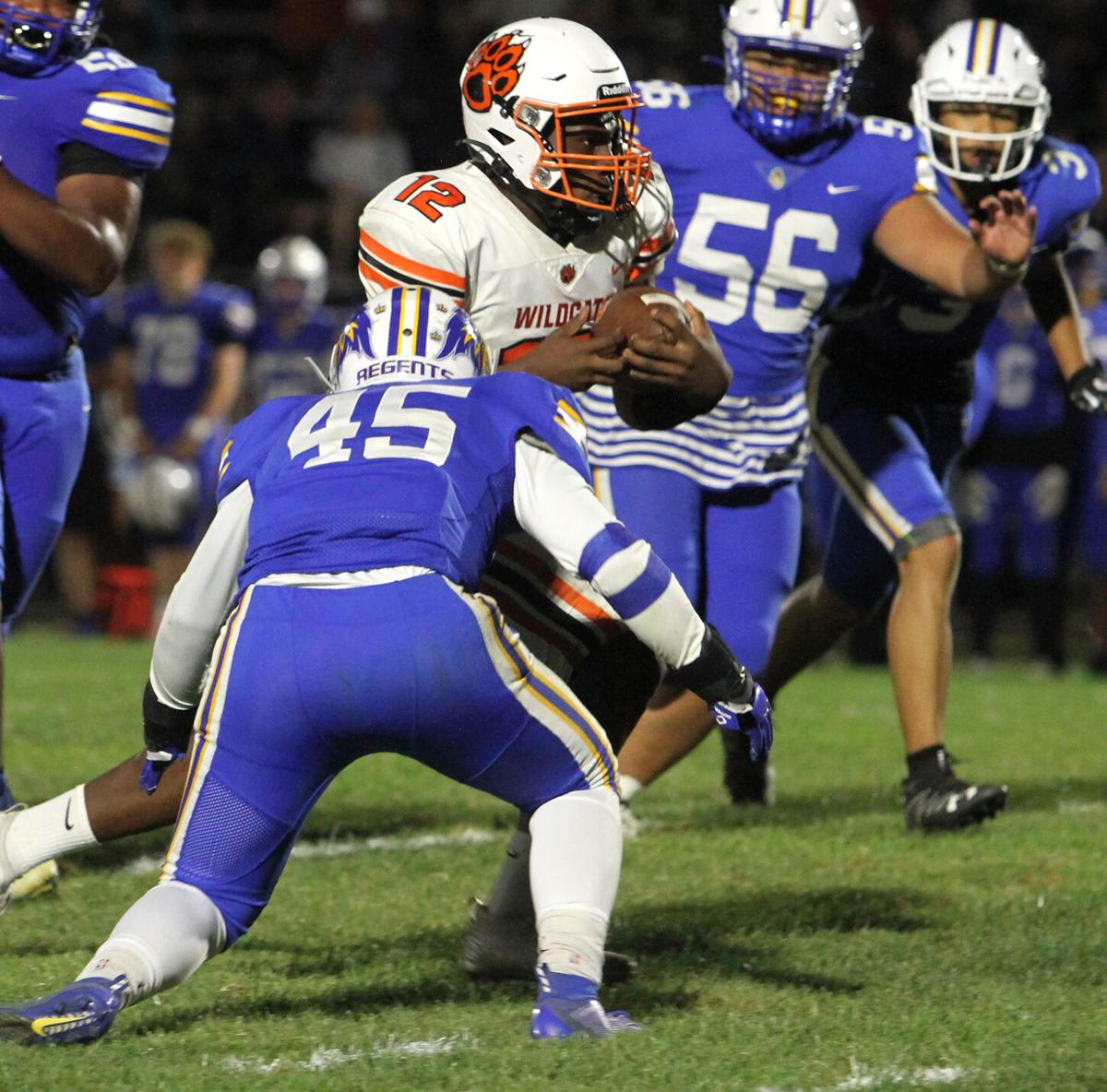 Verona senior running back Isaiah Marsh looks to break a tackle in the second half against Madison West.

Verona senior N.J. Elias returns a fumbled punt by the Wildcats 55-yards for a touchdown in Verona's 49-18 win over Madison West on Friday, Sept. 10, at Mansfield Stadium in Madison.

Verona senior running back Isaiah Marsh looks to break a tackle in the second half against Madison West.

Verona simplified some blocking schemes and focused on a few passing routes in practice. Fink used the simplified repetitions in practice as a kick-start, completing 9 of 14 passes for 111 yards and three touchdowns to power Verona to a 49-18 thrashing of Madison West on Friday, Sept. 10, at Mansfield Stadium. He also scored a fourth touchdown on a 1-yard run.

“We got together Monday and were like let’s simple it up, let’s get back to Verona football - cut, go, waggle, fade and slant,” Fink said of passing routes the Wildcats focused on. “Let’s do that up and down the field and hammer it up their throat. That’s what we did and it worked great. We were really clicking.”

Fink said all of the credit goes to the Wildcats’ offensive line for giving him a clean pocket to throw from.

Verona senior Cole Jannusch had four receptions for 36 yards and two touchdowns. With the win, Verona improves to 3-1, 1-1 Big Eight.

“We simplified some things on offense so they didn’t have to think as much and we could play faster and I think we did, which was good,” Verona coach Dave Richardson said. “We got better from last week. We still have work to do.”

Early on, it was two sophomores that gave the Wildcats a jolt. Aiden Haack raced for a 44-yard TD run on a counter on the Wildcats’ first score with 2 minutes, 40 seconds left in the first quarter. Sophomore Michael Valitchka also caught a 58-yard TD pass from Fink.

“Both Aiden and Mike Valitchka are fast and very quick,” Richardson said. “Once they get the ball no one can catch them. We like their speed and athletic ability. There is a good future for us because both of them are young.”

A near disaster turned into a golden opportunity for the Wildcats on their second score. Senior Karson Mitchell fumbled a punt, but senior teammate N.J. Elias scooped up the ball and returned it 55-yards for a touchdown, high-stepping into the end zone to give Verona a 14-0 lead late in the first quarter.

“I saw it on the ground and I was like, ‘I’m not jumping on this. I’m taking this to the house,’” Elias said. “It was kind of the same thing as the first one (this season) and I learned from my mistake the first time.”

Fink connected with Valitchka on a TD pass to extend the Wildcats’ lead to 21-0 about midway through the second quarter. Fink then hooked up with Jannusch on a 7-yard TD strike to give the Wildcats a 21-point lead.

Verona senior Joe Remiker intercepted a pass from Madison West senior quarterback Danny Karofsky and turned it to the Regents’ 12-yard line with 5 seconds to go in the second. On the next play, Fink tossed a 12-yard TD pass to Jannusch that gave Verona a 35-6 lead at the half.

“We know we have to get him the ball,” Fink said of Jannusch. “He gets open and makes plays, especially toward the red zone and we know he’s such big guy and will make the play.”

Verona senior Kyle Krantz returned a kickoff 77 yards to set up the Wildcats’ final score. He then rammed in on a 10-yard TD run late in the third quarter.

Krantz rushed for 71 yards on 12 carries and scored one touchdown.

Verona’s Juan Hernandez had an interception and Rayan Bertrand had one sack.

West senior running back Jaituan Warfield had TD runs of 5 and 51-yards in the second half.

“After last week we talked all week about pulling all three aspects of the game together and we did that,” Elias said. “We have a lot of returning guys and our bond is pretty tight. We work hard at practice every day, have fun with it and try to make it a party every day.”

After the win over the Regents, Richardson said both Langlois and Zoromski are day-to-day and he’s not sure if they will play against Beloit Memorial on Friday, Sept. 17.

“It just depends on how quickly they can recover,” he said. “We are close.”