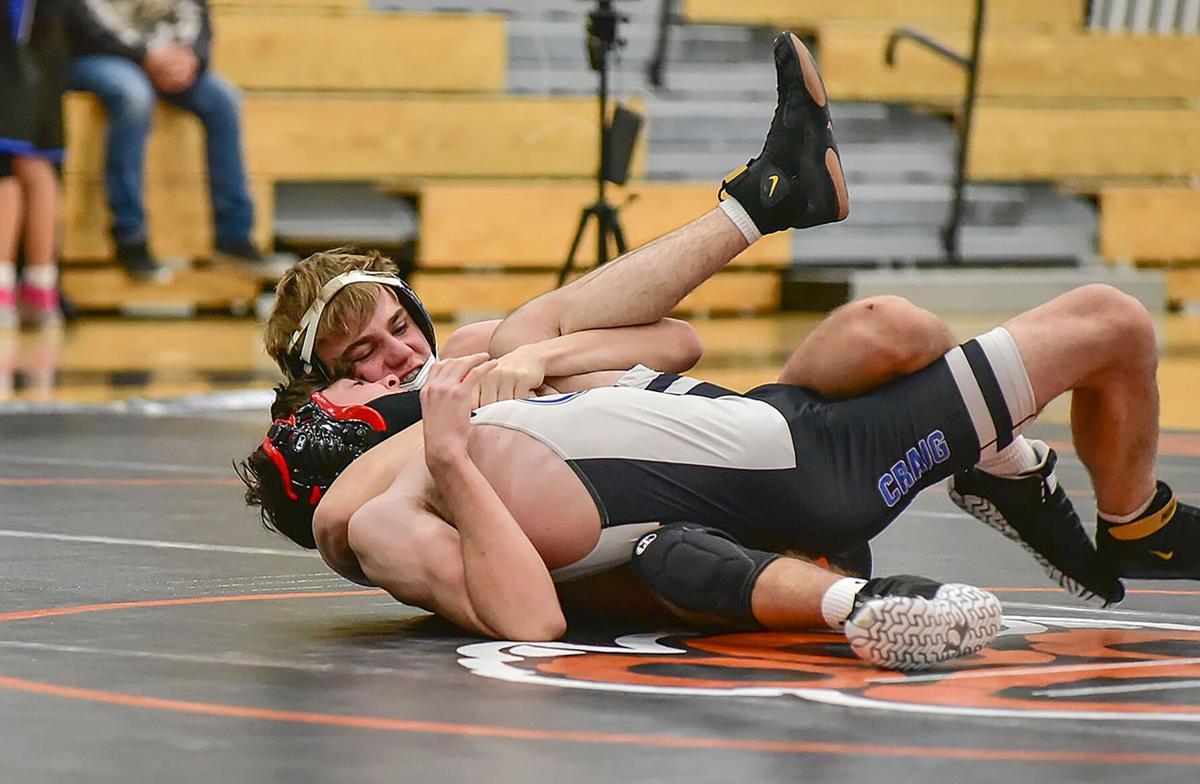 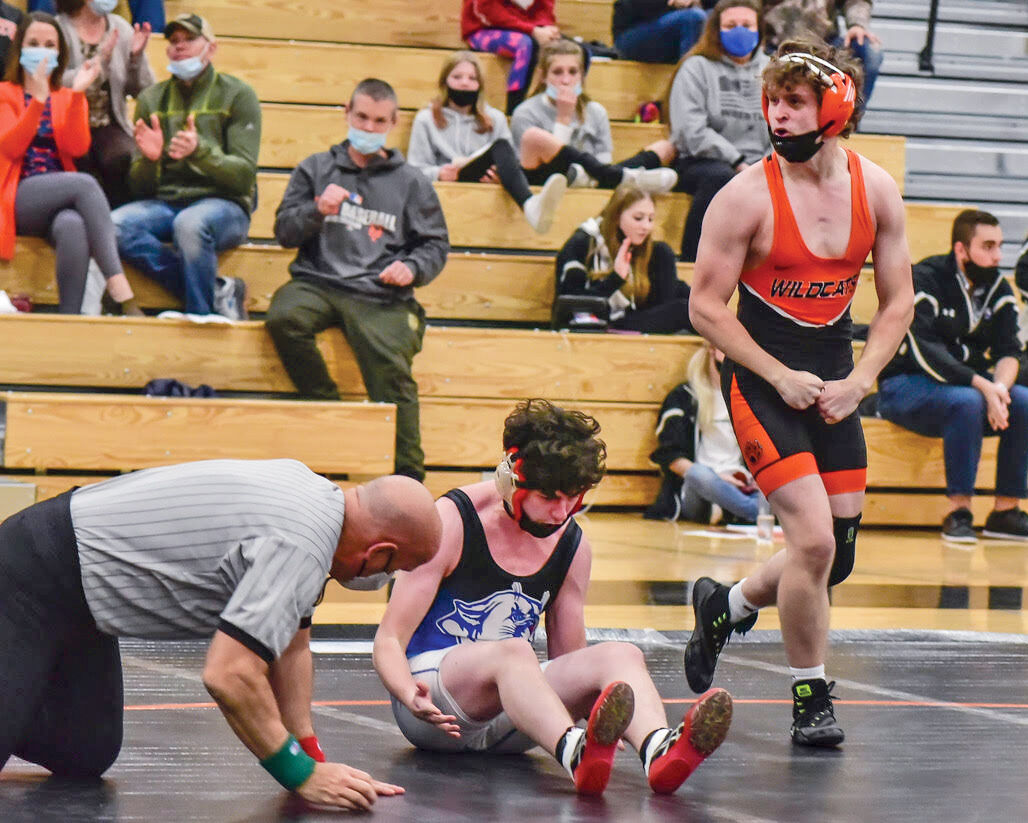 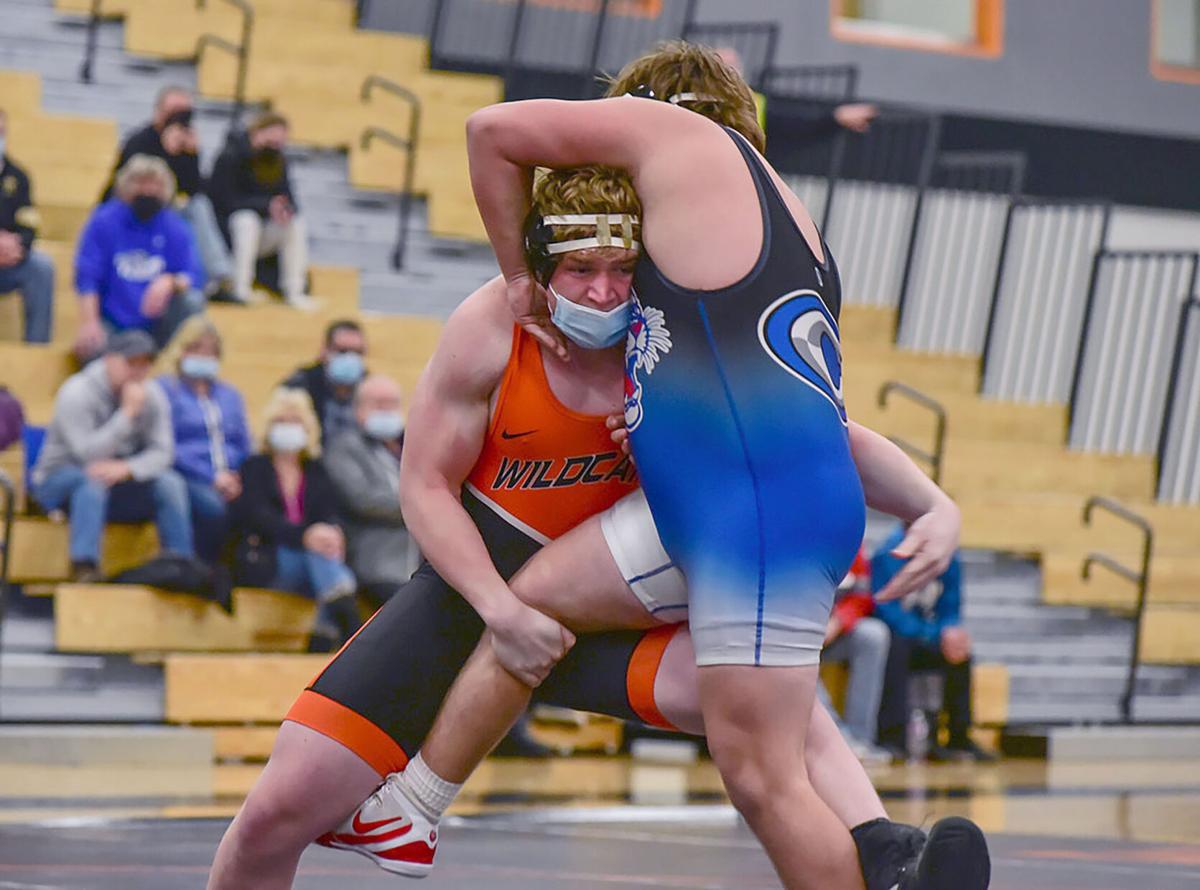 The Wildcats got championships from seniors Cael Wozniak at 182 pounds, Adam Murphy (220) and Jay Hanson at heavyweight. Verona had a trio of grapplers miss the invitational for non-COVID-19 reasons.

“I think if everybody would have been healthy we could have probably won it,” Verona coach Bob Wozniak said.

Verona was coming off a thrilling 40-36 Big Eight Conference dual meet win over Janesville Craig on Tuesday, Dec. 14, in Verona.

Atticus Marse had a pin in the final match against Craig to help the Wildcats upset the Cougars. Janesville Craig was the preseason pick to win the Big Eight title.

“We have been telling our kids all year that this is our year to win the conference,” Wozniak said. “It was a huge win for our program. I don’t think we have ever beaten Janesville Craig since we joined the Big Eight Conference.”

Hanson (16-0), ranked fifth in Division 1 by the Wisconsin Wrestling Online state poll, pinned Merill’s Kieran Hehling in the first round in 1 minute, 34 seconds. He then beat Mount Horeb’s Garrett Waefler in a fall in 2:37. In the championship match, Hanson pinned Pecatonica/Argyle’s Burke Gustafson in 1:02.

“Jay has been working really hard and has put in a lot of time,” Wozniak said. “Jay’s been really dominant this year.”

The other champions for the Wildcats were Cael Wozniak (182) and Murphy (220). Both the Verona grapplers went 3-0 after first-round byes. Wozniak (13-3) pinned Pecatonica-Argyle’s Tayte Hirsch in 55 seconds in a second-round match. He then beat Poynette’s Dylan Elsing in a fall in 3:02. In the title match, Wozniak defeated Brodhead-Juda’s Cole Hoesly 14-7.

Cael Wozniak is 4-3 against wrestlers ranked in the top-12 in the state this season.

“He took over the match in the second period and it was a big match for him to win,” Bob Wozniak said.

Murphy improved to 12-4 this season. He opened the invitational by pinning Pecatonica/Argyle’s Levi Paust in 1:10. In a semifinal match, he knocked off Mount Horeb’s Toby Maier in a fall in 4:57. Murphy then pulled off a 13-2 major decision win over Dodgeville’s Sean Jones in the title match.

“He’s a good athlete and it’s great to see him step up and score points for the team,” Wozniak said of Burrs.

The Wildcats had five pins to edge Janesville Craig in a Big Eight clash Dec. 14.

Wozniak said a couple of wrestlers were bumped up weight classes because he liked the matchups.

The Cougars had four starting wrestlers miss the meet because of illness.